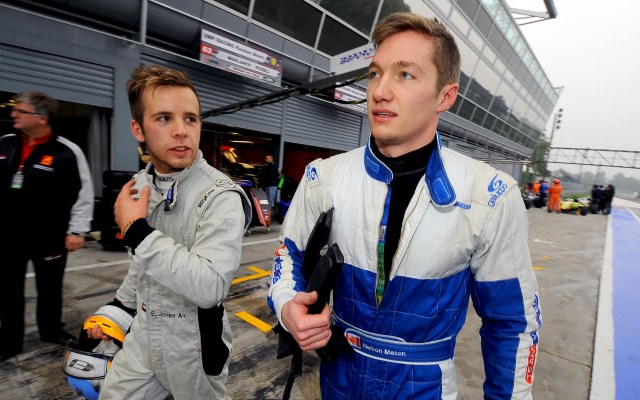 Jones teams up with Fortec to replace Felix Serralles in the squad’s five-car line-up for the F3 classic. The UAE driver has raced with Fortec in Intersteps in 2011 and Formula Renault 2.0 in 2012 and 2013, also contesting the FIA F3 European Championship round at Hockenheim in May.

“Ninety per cent of Macau is down to preparation, and never having been there before is obviously a disadvantage for Ed,”?Fortec F3 team manager Andi Scott is quoted as saying by Autosport. “But if he goes with the right approach I don’t see any reason why he can’t run in the top 10. He has come a long way since he raced with us at Hockenheim.”

Jones joins Pipo Derani, William Buller, Tom Blomqvist and John Bryant-Meisner at Fortec for Macau. Serralles’ departure follows a run of no points from the final three European Championship rounds, including six retirements and an exclusion.

Jones and Mason currently sit second and third respectively in the F3 Open points, both driving for the West-Tec team.