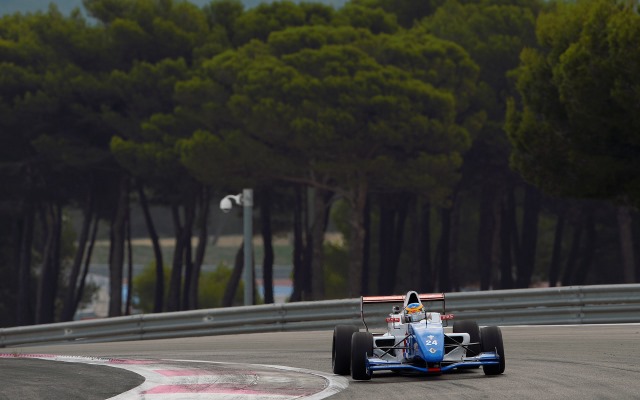 Jones, who has two Eurocup podium finishes this season, posted the fastest time in the first session with a time of 2m06.003s, 0.045 seconds ahead of Prema driver Luca Ghiotto.

The top ten were covered by less than half a second with Mikko Pakari and Hungaroring race winner Nyck de Vries in third and fourth. Ignazio D?Agosto was fifth quickest followed by Oscar Tunjo who sits fourth in the championship.

In the afternoon, Rowland took charge with a faster time of 2m05.103s in an even more competitive session where the top ten drivers were all within 0.325 seconds.

Jones continued to be competitive behind Rowland, with Tunjo, Dennis and D?Agosto again appearing in the top ten joined by Egor Orudzhev.

Ghiotto kept up the pace in seventh followed by Gasly who?ll look to bridge the small gap in qualifying. Bruno Bonifacio and De Vries rounded off the top ten as it looks to be a close battle for pole.