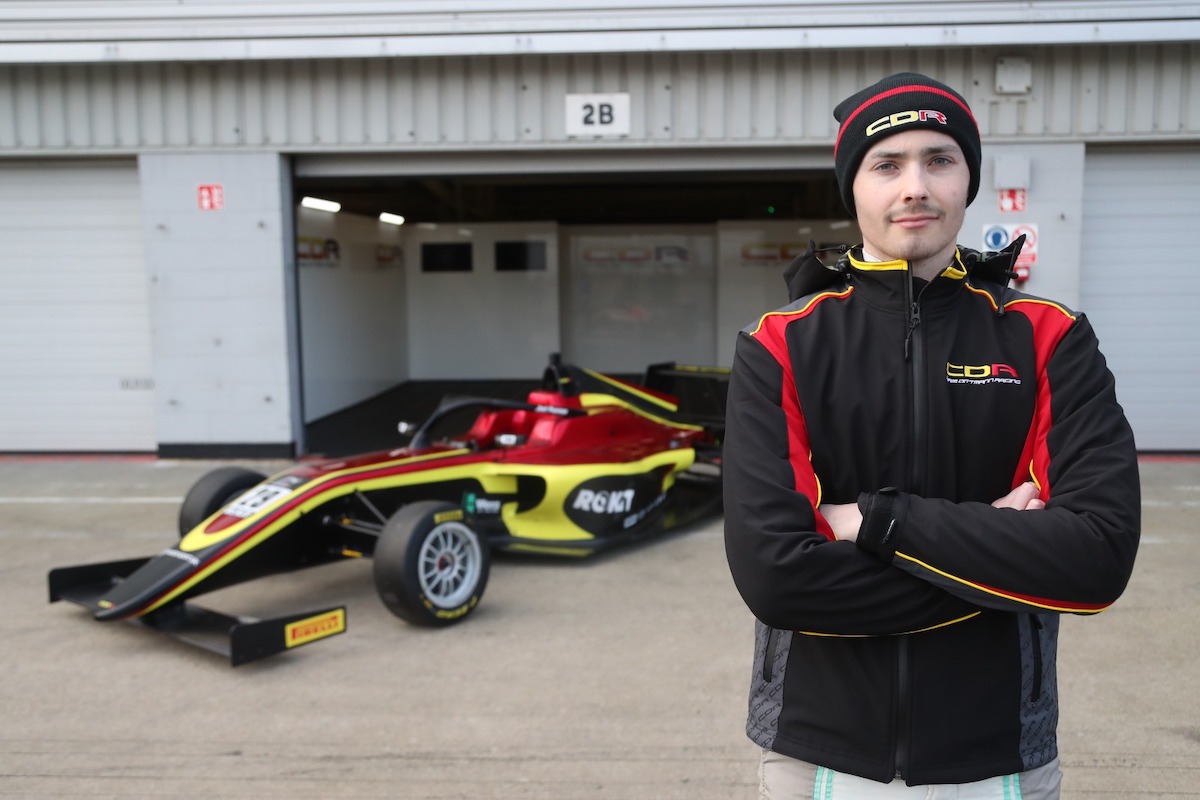 Joel Pearson will compete in British Formula 4 this year with Chris Dittmann Racing, making his return to racing after being diagnosed with bone cancer.

A graduate of the Ginetta Junior championship, Pearson had been set to race in F4 last year with Argenti Motorsport before those plans had to be put on hold following his diagnosis with Pelvic Osteoblastic Osteosarcoma.

With the help of a fundraising campaign he underwent specialist treatment and chemotherapy in Germany, and in January once more tested an Argenti F4 car to prepare for a return to racing.

“I’m absolutely ecstatic to confirm I will be racing in British F4 with Chris Dittmann Racing in 2022,” said Pearson.

“It has been a very challenging twelve months to get back to this position, but I’m immensely grateful for all the support I’ve received, not just from family and friends, but the entire motorsport community.

“It has been a huge motivation for me throughout my recovery to get back in the car and back to what I love doing, which is racing. I’m now looking forward to the next chapter in my career with CDR, and hopefully to a successful season ahead.

“There will be plenty to learn, and it is an incredibly competitive field, but all we can do is work hard, leave no stone unturned and put our best foot forward. I’m relishing the challenge.”

Pearson’s drive was announced at Silverstone during British F4’s season launch and test day. He is the first driver signed by CDR, which will be making its debut in the series having previously competed successfully in GB3 and F3 Cup.

“Everybody at CDR is delighted to welcome Joel to the team,” said Dittmann.

“It’s going to be a challenge for us this season, as a new team to the series and with Joel making his return to competitive action, but we’re all feeling very motivated and, with the benefit of some good winter mileage with the new car, I think we’re in good shape.

“Now we’re looking forward to getting our heads down and to starting the new season at Donington Park later this month.”