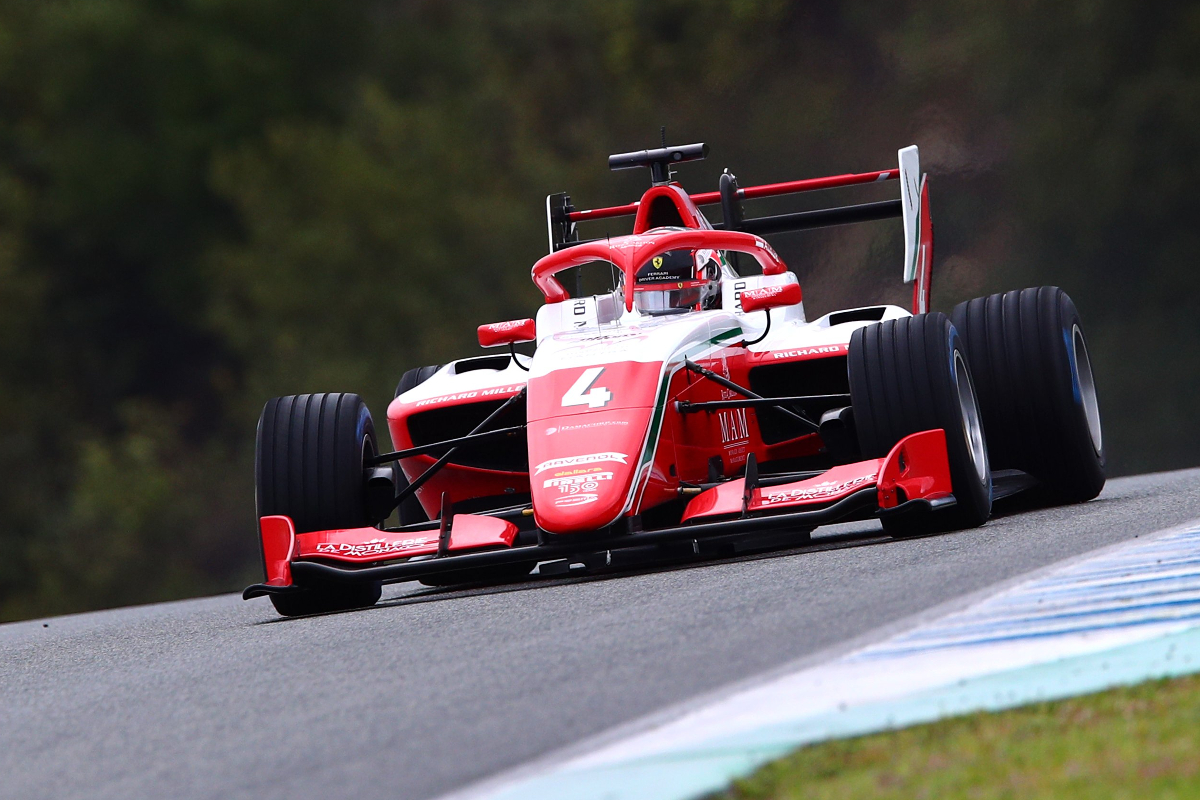 Arthur Leclerc set the fastest time on the morning of FIA Formula 3 in-season testing at Jerez, topping the session with his final lap.

The Prema driver’s 1m40.202s lap put him over half a second clear of the rest of the field.

On a drying track after early rain, laptimes tumbled in the closing 20 minutes of the morning and Trident’s Roman Stanek moving to the top with a 1m40.731s. That put him second in the end, 0.031s ahead of Van Amersfoort Racing’s Franco Colapinto.

The ART Grand Prix pairing of Gregoire Saucy and Victor Martins were consistently in the top 10, ultimately ending up fourth and fifth ahead of Prema’s Jak Crawford.

Heavy overnight rain and a further shower just as the three-hour session started meant there was limited running in the first hour.

As the track surface began to dry, Hitech GP’s Isack Hadjar set the initial pace. A succession of fastest laps, culminating in a 1m42.047s, put him in the first place before a mistake under braking at turn one brought his session to an end.

The session was briefly red flagged as his car was recovered, and as drivers improved in the final hour he was shuffled down to ninth place.

Oliver Rasmussen made his first appearance for Trident, replacing Jonny Edgar who has stopped racing on health grounds, and went 12th fastest. Another F3 returnee was Federico Malvestiti at Jenzer Motorsport, and he was 25th fastest.

Two drivers did not take part. MP Motorsport’s Alexander Smolyar, whose car adorned a new red livery in contrast to the blue of his team-mates, was yet to arrive to the track, while Carlin’s Brad Benavides skipped the morning as he felt unwell. Both should be out in the afternoon session.

Teams were trying out the new spec steering wheels, which will be used for the rest of the season. Initial reactions were less than favourable due to the extra thickness of the new wheel.