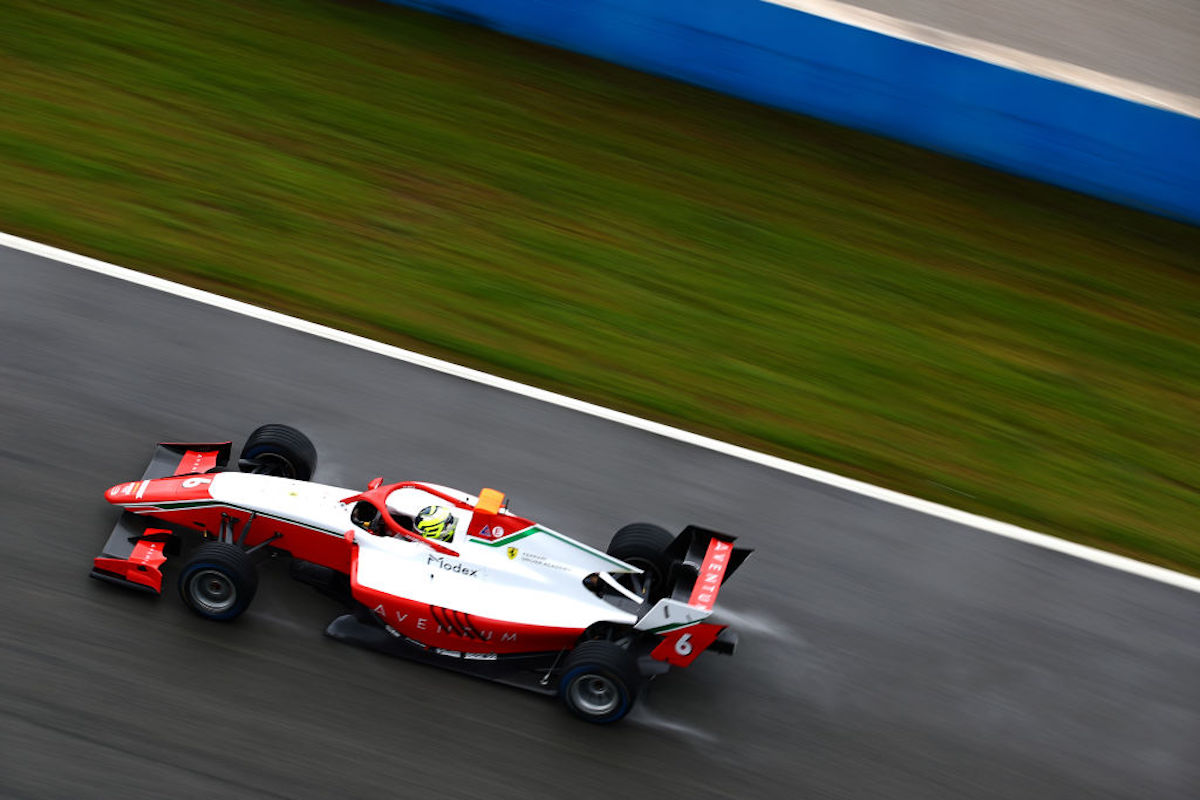 Ollie Bearman set the fastest time of the first day of the FIA Formula 3 test in Jerez in the afternoon session as the drivers got their first chance to fit slick tyres for a final 15-minute shoot-out.

The Prema driver set his best time of 1m33.009s on his final lap, one of 15 drivers to improve on their final tours.

Campos Racing’s Pepe Marti moved up to second fastest at the close, having not featured in the leading group to that point, although his time was 0.657s slower than Bearman’s.

Zane Maloney (Trident) and Victor Martins (ART Grand Prix) had been among the earliest to pit, and ended up just 0.015s apart in third and fourth.

A heavy downpour during the break between sessions meant that afternoon testing again began on a very wet track. However, a dry line began to emerge in the final 30 minutes, and with just 15 minutes remaining the first cars ventured out on slick tyres.

Though initially 15s off the pace, it did not take long for the slick-shod runners to get temperature into their tyres and to improve significantly on the best times up to that point.

With eight minutes on the clock, Bearman, one of the first to stop, put in a lap of 1m36.249, 4s faster than the previous best wet weather tyre mark which had been posted by Trident’s Roman Stanek.

With just under seven minutes remaining, Bearman improved to 1m34.763, before improving again to 1m33.667, having backed off for a couple of laps to cool his tyres.

With the chequered flag out, the first 12 all managed to improve their times on their final laps.

The session again saw a single red flag stoppage, this time for Caio Collet, who ran wide into the barriers at the T4 left-hander opposite the pits, and took no further part in proceedings for the afternoon.

Brad Benavides and Alexander Smolyar were once again absent, while Rafael Villagomez managed only two laps.