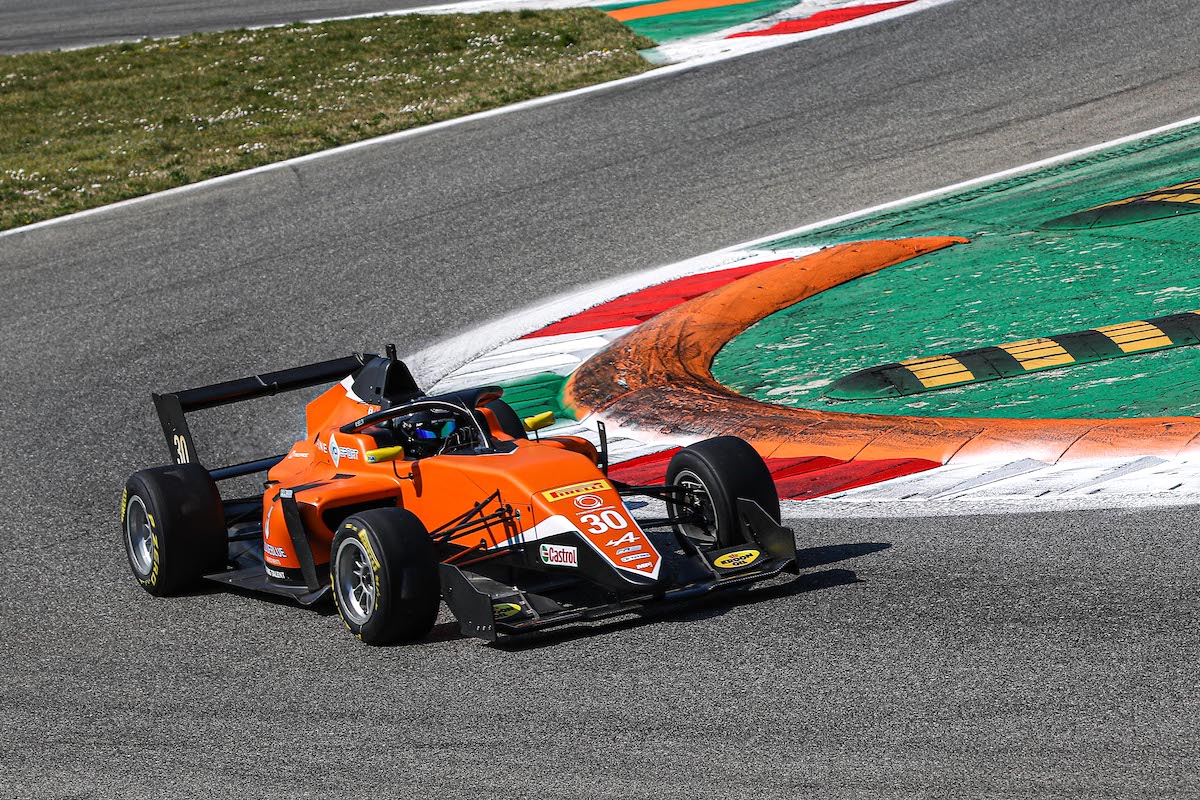 The top 17 were spread by a second, with R-ace GP’s 2021 runner-up Hadrien David at the bottom of that group. Forgoing fresh tyres for flying laps and only 24th fastest was Paul Aron, and Monolite Racing’s Maceo Capietto was 31st.

Belov and Haverkort were at the top during much of the morning once the track had gripped up, with the pair sitting in first and second through the final hour of running as they improved on their own laptimes.

Towards the end there was a stoppage caused by Monolite’s Cenyu Han who encountered trouble on track. After his car was recovered, the session restarted for less than a minute before the chequered flag.

The majority of drivers went faster in the afternoon, and Belov and Haverkort were towards the top through much of the action again. A 1m47.671s lap from Haverkort was the benchmark to beat going into the final hour, and it wasn’t until the final eight minutes was he usurped as Arden’s Eduardo Barrichello set a 1m47.563s.

For a long time Capietto had been second to Haverkort, but when Barrichello moved ahead he then made his own improvement, a 1m47.664s, that meant he ended the session in second and the day in fifth overall.

Barrichello’s session-topping time put him third in the combined timesheet, between Haverkort and Mini who was 30th in the afternoon. Belov was four places ahead, in a top 27 covered by a second.