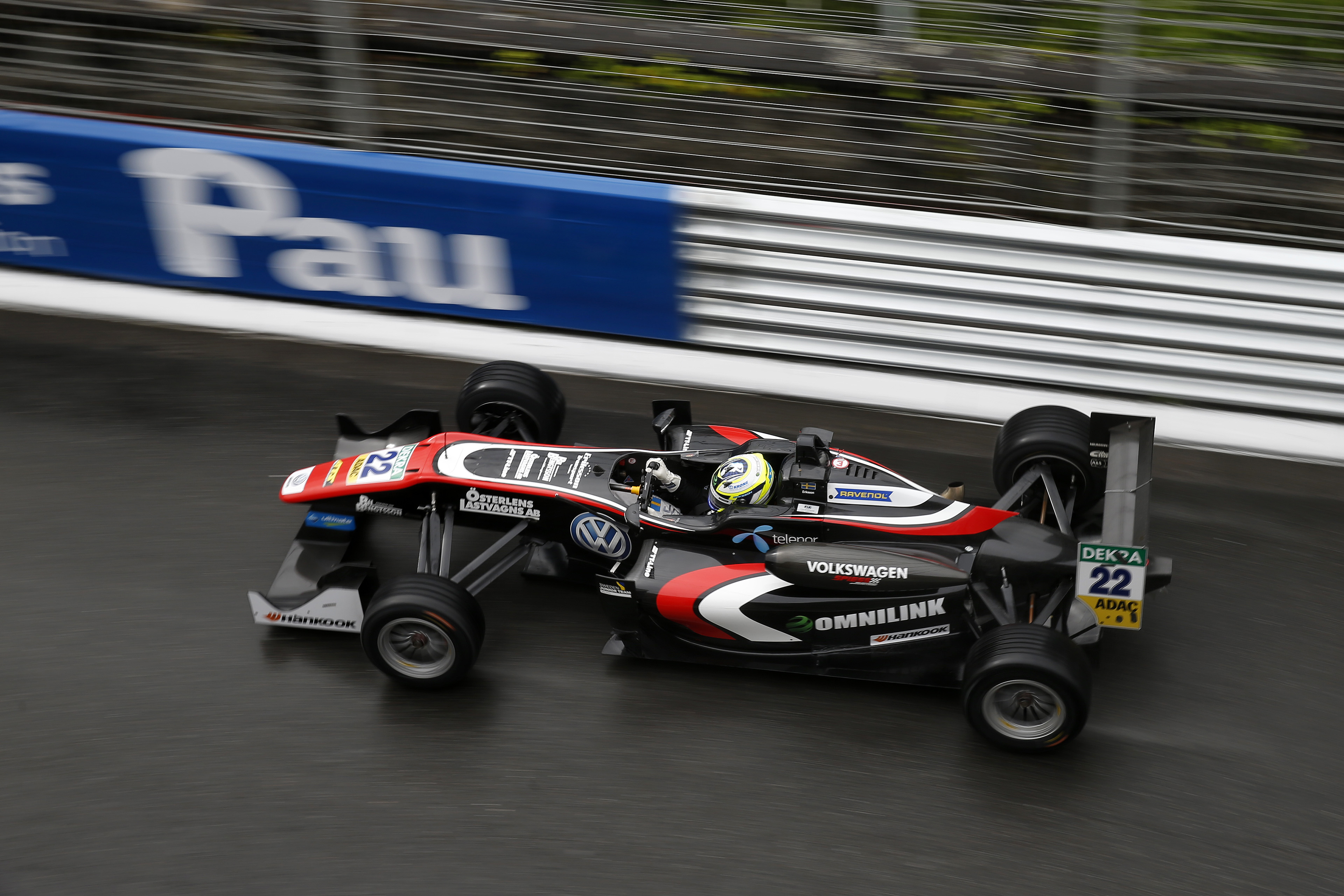 Formula 3 European Championship leader Joel Eriksson admits he still has to prove himself on street circuits ahead of this weekend’s races in Pau.

Eriksson made his first appearance on a street track in the French city last year, and claimed a best finish from the three races of sixth, which compared to podiums at both of the preceding rounds.

The Swede, who came fifth overall and was the rookie champion in the European series last year, then experienced a tough Macau Grand Prix last November, failing to finish the main race having come 15th in the qualifier.

He did however lead at the less-twisty Norisring, but was denied victory when he was hit from behind by Callum Ilott.

“I haven’t scored any top results on street tracks yet – both Pau and Macau were new to me last year – so I still have to prove that I’m capable of that,” he said.

“A lot happens in a year, and I’m a much-improved driver in every area compared to this time last season.

“I’m sure that I will be quicker in Pau this time around through?natural progression,?but I don’t know how I’ll stack up against the others.”

Motopark driver Eriksson currently leads nearest rival Lando Norris by one point after taking victories at both Silverstone? and Monza.

Pau will be the first track this season that Eriksson has driven on prior to the week of the race.

He said after Monza that leading the standings was more than he expected at this point of the season given his lack of experience of the first two venues.

“Both Silverstone and Monza were brand new tracks to me, and the team had limited data from them too, so I have to say this actually exceeds my expectations at this very point of the season,” he said.