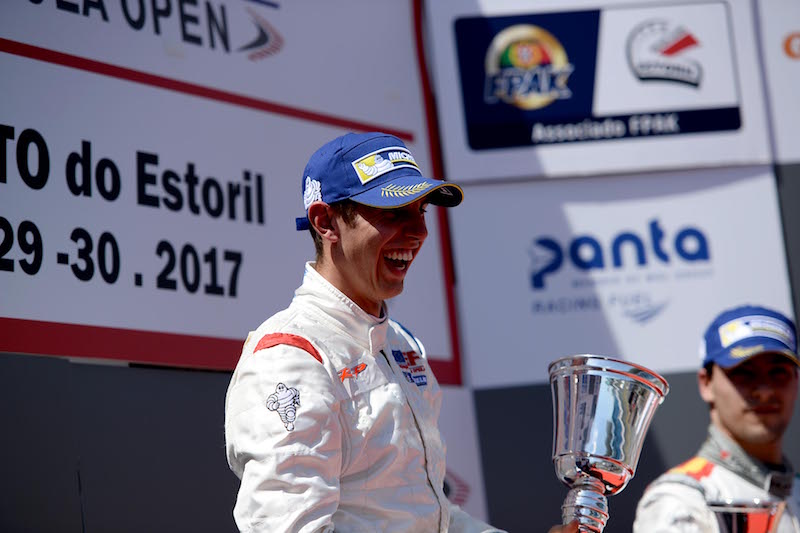 Harrison Scott has signed with RP Motorsport for the full Euroformula Open season after he won both races at the opening round at Estoril.

The Briton, who came fourth in last year’s Formula Renault Eurocup, had also won on his first appearance?with RP in the pre-season Winter Series event at Paul Ricard in March, prior to his double in Portugal last month.

“I immediately felt comfortable in the F3 car, so I?m extremely happy to be able to confirm a full-time race seat with RP Motorsport for this season,” said 21-year-old Scott.

“I would like to thank Fabio [Pampado] and Niki [Rocca] for giving me the opportunity to compete with their experienced team, my family and VCM Motorsport for its continued support.

“After the first event my goals remain the same: to maintain momentum and, together with RP Motorsport, bring home some fantastic results.”

Rocca added: “Harrison is totally motivated and dedicated to the job, following the data and videos to see where we can improve and it is very nice to work with such an overall package in a driver as from this rapport comes the ‘magic’.

“We are very happy to have him in the RP Motorsport team and from what we have seen, in the winter and in the first round of Euroformula Open in Estoril, we think we shall have some very positive results this season.”