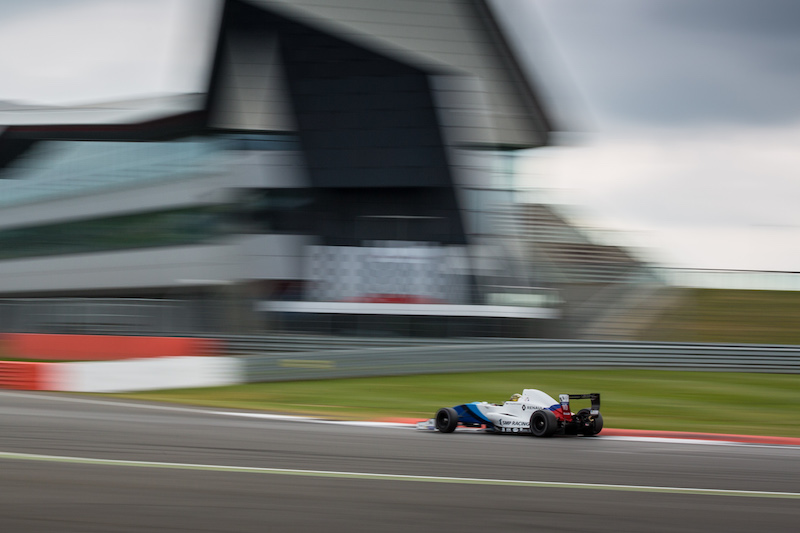 Robert Shwartzman held off Will Palmer to notch up his second win of the Formula Renault Eurocup season at Silverstone.

The SMP-supported Russian was passed for the lead by fellow front-row starter Dan Ticktum on the inside at Copse, but at Vale he got back alongside the Red Bull-backed Briton, who then ran wide off track through Club and down to third behind Palmer.

A lengthy safety car period came on lap three to allow the cars of Henrique Chaves and Gabriel Aubry to be recovered?after separate incidents.

The restart came with just seven minutes of the scheduled?25 remaining, with Shwartzman soaking up the pressure form Palmer to win by 0.86 seconds.

After letting the front two past on the first lap, Ticktum managed to fend off Max Defourny at the Loop, but Sacha Fenestraz did find a way past around the outside of Luffield.

Ticktum came under more pressure at?the end of the race from fellow British rookie Max Fewtrell, who was carrying some front-wing damage of his own.

Fewtrell got inside Ticktum at Club and Brooklands on the penultimate?lap and then alongside again on the pit straight going onto the final tour, with Fewtrell edged onto the grass.

Defourny had run fourth ahead of Fewtrell at the restart but he spun at Club with four minutes left after getting onto the damp astro-turf and finished 12th.

Raul Guzman claimed fifth ahead of Richard Verschoor and the Australian pair of Luis Leeds and Thomas Maxwell.