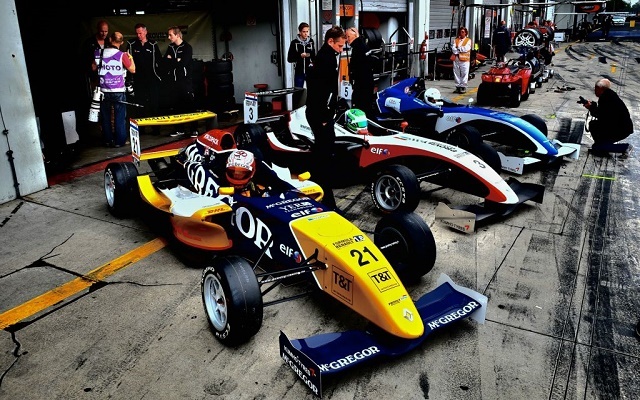 Provily racing have featured in both seasons of the series and have three wins to their name (Photo: FR1.6 NEC Junior)

Dutch youngster Job van Uitert has been announced as Provily Racing’s second driver for the 2015 season of FR1.6 ES.

The 16-year-old spent the 2014 season in the Dutch Mazda MX5 Cup, finishing in an impressive fourth overall with eight victories along the way.

Last winter, van Uitert took part in a test with the team which convinced them to sign the Dutchman for 2015.

“I?m very happy to drive in the Formula Renault 1.6 with Provily Racing,” said van Uitert. “The car is amazing and all the drivers will be young, talented and ambitious, so that?s a perfect surrounding.

“Of course the series offer a great calendar, with meetings at Imola, Red Bull Ring, N?rburgring, Zolder, Zandvoort, Assen and Spa-Francorchamps. No other international series for young drivers will drive at four F1 racetracks. I?m keen to start the season.”

Van Uitert will join Dries Vanthoor at Provily Racing with two further seats set to be offered by the squad.

Formula Renault 1.6 Euroseries, formerly known as NEC Junior, is set to begin on the 17th of May at Imola and will consist of seven events.

Gustav Malja joins Strakka for step up to Formula Renault 3.5