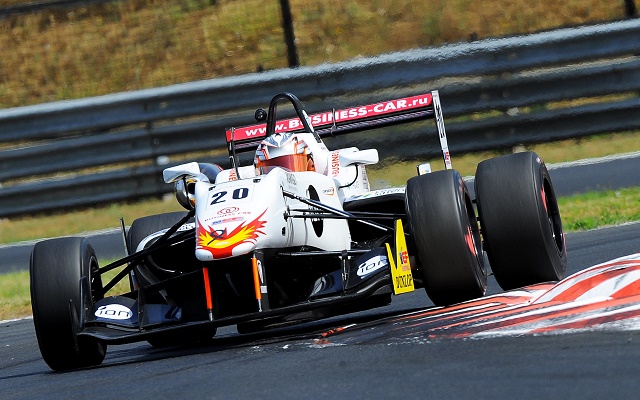 Campos Racing have confirmed Konstantin Tereshchenko as their second driver for the 2015 Euroformula Open season.

The 20-year-old Russian will spend his sophomore season in the championship, having made his series debut with the Spanish team in 2014.

Tereshchenko’s racing career begin in 2012 with a quiet Formula Renault 2.0 Alps campaign, which was followed by a more successful year in the same series as he finished 15th in the standings.

He then moved on to Euroformula Open with Campos Racing, taking sixth in the standings and a maiden podium at the Hungaroring.

?We are extremely pleased to have Konstantin at Campos Racing again,” said Adrian Campos. “Konstantin is a young driver, and I firmly believe that he is a rising star of Russian motorsport.”

“After a positive 2014 season, even claiming a podium finish in Hungary, we are very optimistic about his chances this year. He will able to make that leap to fight for the title and race victories each weekend.”

In 2014, Campos Racing had one of their best seasons in the championship with Alex Palou taking third in the standings, with the team finishing runner-up.