Gustav Malja joins Strakka for step up to Formula Renault 3.5 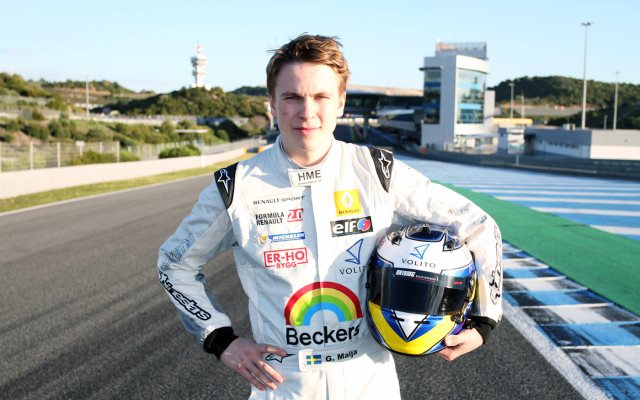 Swedish driver Gustav Malja has joined Strakka Racing to move up into Formula Renault 3.5 this year.

The 19-year-old’s single-seater career has already spanned four years, made up of two seasons in ADAC Formel Masters – finishing second to Marvin Kirchhofer in 2012 – and then two in Formula Renault 2.0. Last year he won twice on his way to fifth place in the NEC and was also 12th in the Eurocup.

At the end of 2014 he tested FR3.5 equipment with ISR and Zeta Corse, but has now signed with Strakka.

?I am absolutely thrilled to be stepping up to the Formula Renault 3.5 Series with Strakka Racing this season,? said Malja.

?I?ve felt immediately at home with the team, and we share the same view about how to go racing. I?m convinced that their way of working will allow me to get the most out of myself in my rookie year.

“Joining this championship will mark the greatest challenge of my career so far, but I learned a lot in winter testing and I do feel well-prepared. This is a fantastic opportunity; I can?t wait for the season to get underway.?

?Gustav is definitely one to watch and we are delighted to have such a focused and committed driver at Strakka Racing,? said team principal Dan Walmsley.

?Getting Gustav signed early means we can start straight away on our in-house simulator together with the Strakka Performance team and build upon Gustav?s impressive winter testing.”