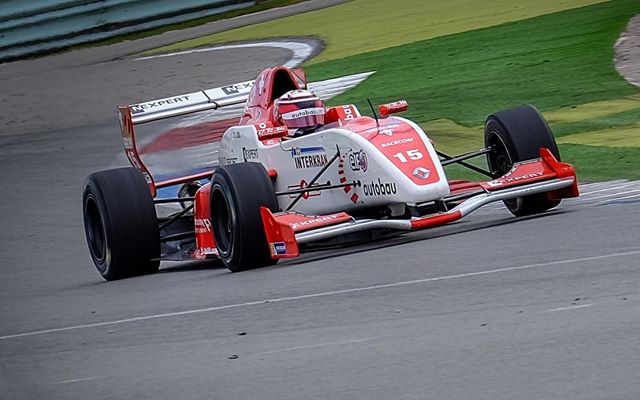 Championship leader Louis Deletraz and his main rival Kevin Jorg have locked out poles for Formula Renault NEC’s fifth round at Assen.

The two teammates have racked up a combined eight poles heading into the Dutch round and have now secured their ninth and tenth.

Jorg reigned supreme in a disrupted first session, while Deletraz was quickest in qualifying two.

Ukyo Sasahara led the majority of qualifying one, which saw two red flags and left just a couple of minutes for his rivals to match him.

Only one did – Jorg, who passed Sasahara by half a tenth at the chequered flag.

The second row was all-JKR, with Dries Vanthoor slotting in between Jorg and Deletraz.

Session two was more straightforward, with all the major improvements coming in the final five minutes.

Dennis Olsen before the pace started to ramp up, which ended up with the Norwegian shuffled down to tenth.

Defourny was the top rookie in fifth, leading Scott, Vanthoor, Oskoui and Daruvala.

UPDATE: A number of post-qualifying laptime deletions have affected the grids for both races. For race one, Sasahara has been demoted from the front row to 12th, while Daruvala will start 18th instead of 7th. The Indian was also penalised in session two, albeit only dropped one place.