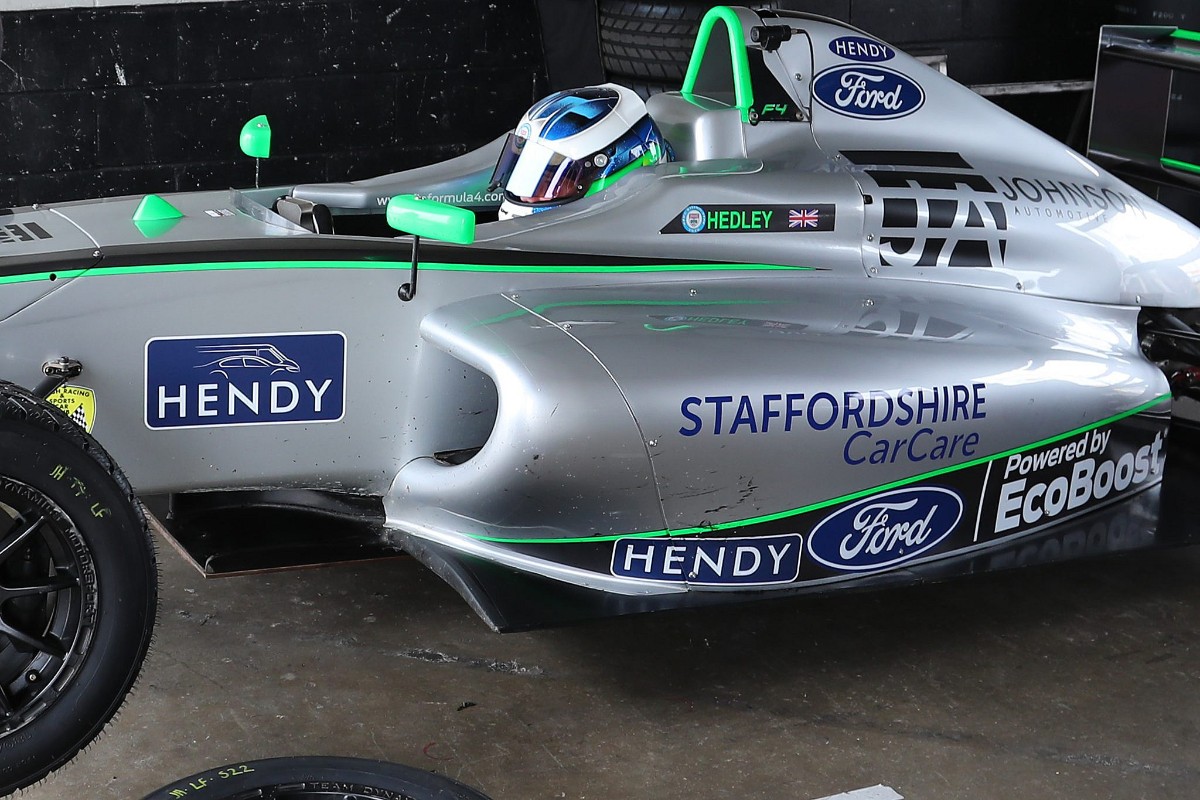 The day was mostly spent running wet weather tyres but conditions improved enough for the field to put on slick tyres during the final session of the day.

In that session, Hedley managed a 1m13.845s lap, just four tenths of a second off last year’s pole position time.

In the earlier wet conditions, Fortec driver Luke Browning was the only driver to set a time faster than 1m20s.

Browning topped the times in the first session of the day, setting a 1m19.878s lap. That wouldn’t be improved upon until the track began to dry towards the end of the day.

Faria was second fastest in the wet, topping the times in the second session of the day, half a second adrift of Browning’s time.

Earlier pre-season testing has also been by wet weather running, with many of the drivers not testing in the dry until the Donington Park media day. However, this didn’t appear to deter many, as the top nine were all covered by less than a second.

JHR’s Abbi Pulling was seventh ahead of top Carlin driver Zak O’Sullivan, who ran in both the #51 and #31 cars over the course of the day. Marijn Kremers, who is set to run the #31 this season, was not present at the test.

Pulling’s team-mate Nathaneal Hodgkiss, who was confirmed to race in the series earlier this week, was also not present.

Mathias Zagazeta was the second fastest in the rookie classification and ninth overall, while Rafael Villagomez completed the top 10.