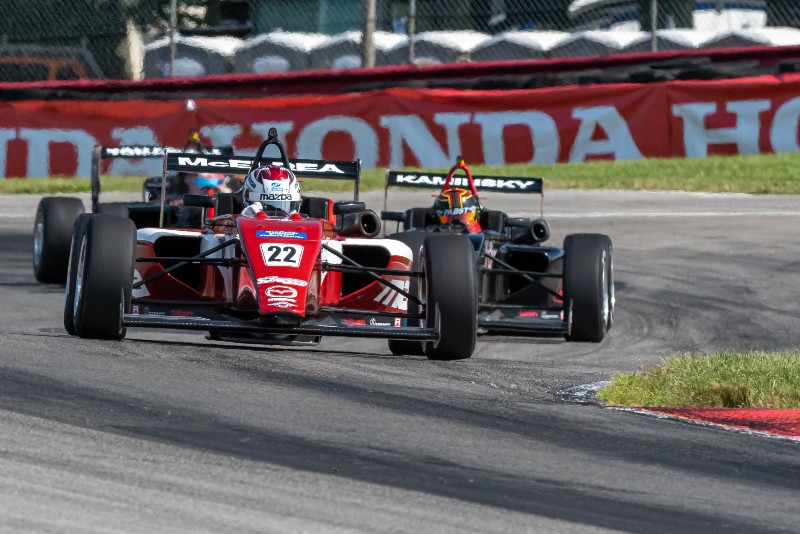 Indy Pro 2000 and USF2000 will visit New Jersey Motorsports Park this year in the latest calendar shake-up for the Road to Indy.

It was announced last Sunday that two of IndyCar’s September fixtures – at Portland International Raceway and Laguna Seca – would be cancelled due to the global coronavirus pandemic, and the series was quick to add a replacement race at Mid-Ohio.

The loss of both events meant the supporting Road to Indy championships also lost two rounds, and four races each.

A replacement round at New Jersey has now been added on October 9-11, two weeks before the rescheduled St. Petersburg season finale, and will mark the first time either series has visited the circuit since 2010.

“I would like to thank Brad Scott [New Jersey’s track CEO] and his team for welcoming us with open arms to their first-class facility,” said Dan Andersen, CEO of the Road to Indy.

“These are fluid times with the pandemic, and we are grateful to be able to reschedule the Portland and WeatherTech Raceway rounds. With all these changes we are now looking at 17 races per series, and unless we determine a reasonable way to add another race onto existing events, this will be the season race count.”

As it will not be sharing a bill with IndyCar at New Jersey, the schedule will include three races each for IP2000 and USF2000, and mean the season is only shortened by one race.

“We look forward to working with Brad and his staff to build an exciting event not only for our teams and drivers, but fans who will be introduced to the future stars of our sport. Plus, as a New Jersey native, it’s fun to finally have an event at a track in my home state.”

New Jersey is no stranger to junior single-seaters in recent years, having hosted Formula Regional Americas and Atlantics in 2018.