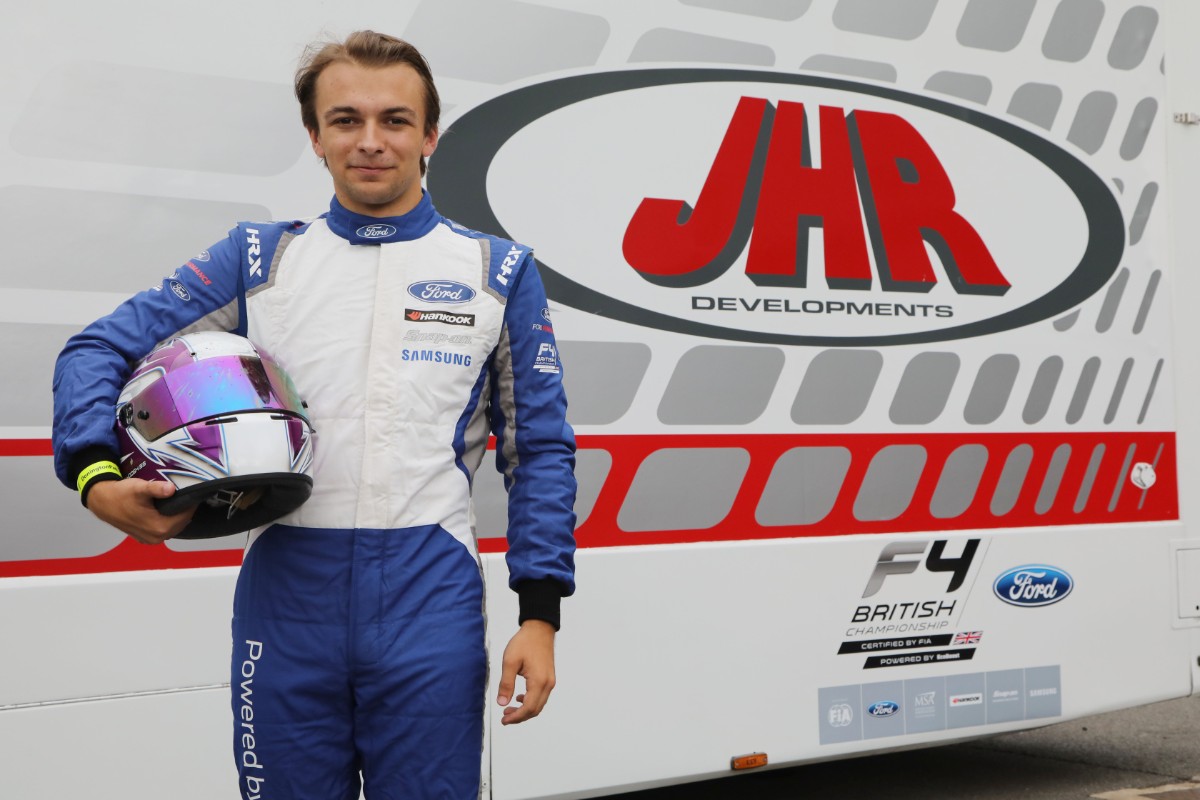 JHR Developments has expanded its British Formula 4 line-up with the signing of Nathanael Hodgkiss.

The 16-year-old will run a partial campaign, competing in the opening three rounds and then fitting the rest of the season around his studies.

Hodgkiss already has two years of car racing experience in the BRSCC’s Fiesta Junior Championship, where he has won two races, and in Ginetta Junior.

Despite the late decision to move up to F4, Hodgkiss is aiming to run towards the front of the field during his first year in single-seaters.

“It is an incredibly exciting prospect to be part of British F4 and I cannot wait to get started with JHR Developments, who have been very welcoming and positive,” he said.

“I’m glad to be in their hands as this is such a big step up from anything I have done before, and I feel the reception from the team has helped massively in this process.

“I want to be in the upper part of the grid this year.

“I think it is possible with the positive feedback from the tests and the team, and that will be my aspiration for this season.

“Getting used to slicks and the amount of power the car has, coupled with the prominent downforce aspect of the car has been a steep learning curve, but I feel I’m getting more comfortable with every test, which is an encouraging feeling.”

“Overall, I can’t wait to start the season. It is such a prestigious and exciting series in motorsport, the welcome from the team has been incredible, and with juggling schoolwork and racing they have been very accommodating while still maintaining a professional and focused atmosphere.”

Hodgkiss will join reigning Ginetta Junior champion James Hedley and Ginetta GT5 Challenge graduate Abbi Pulling at JHR, and replaces French and Danish F4 race-winner Mikkel Grundtvig, who has had to cancel his plans to race in Britain.

“We are really happy to welcome Nathanael to the team and work with him across the 2020 season,” said JHR team principal Steven Hunter.

“He is a talented and positive young man who has been working hard to adapt to single seaters both at test days and in our simulator.”