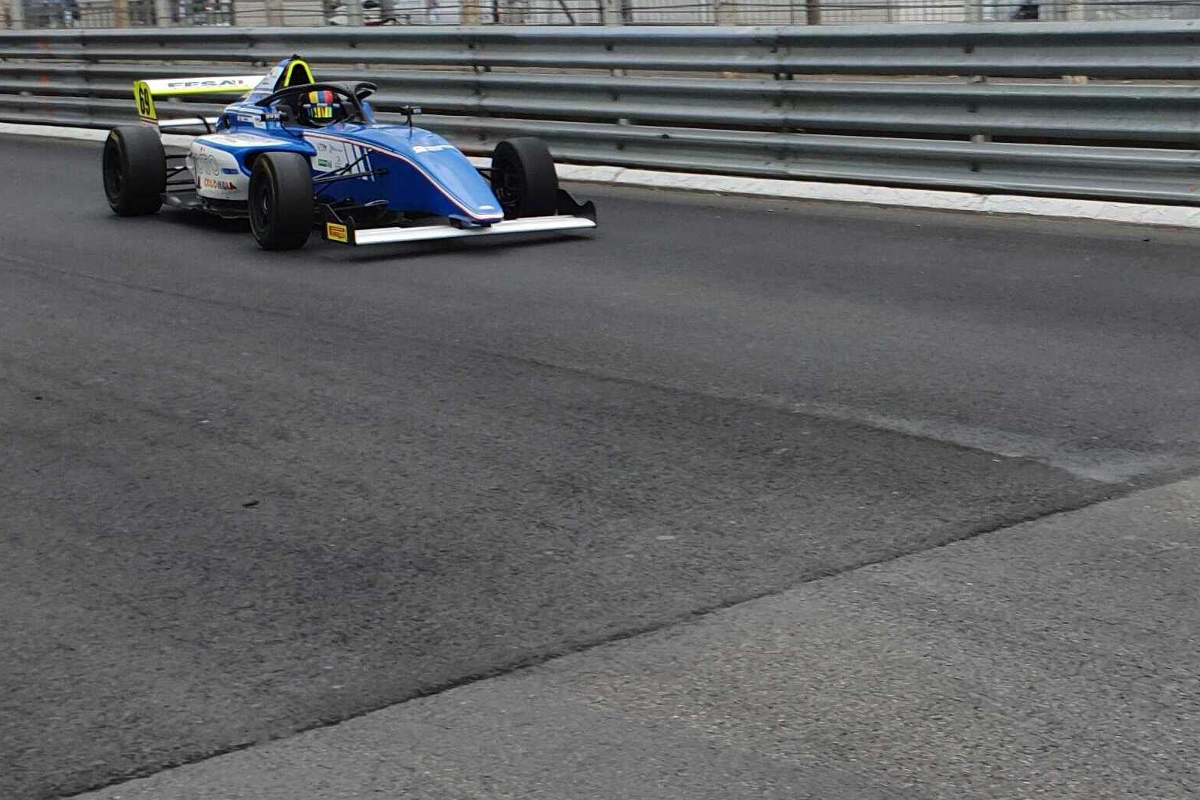 The Colombian started second on the grid behind Honda junior Yuto Nomura, and took the lead from the Japanese racer into the first corner.

A lead of over a second was created on the first lap as Nomura ran wide and held up Dario Cabanelas and Louis Pelet behind, which then put Pelet under pressure from Elliott Vayron.

Cabanelas took second from Nomura at turn one on lap, and then had a 2.15-second gap to Berrio to close up.

By setting fastest lap several times he was able to get onto the leader’s gearbox by lap eight, and on the next lap made use of the slipstream down the Mistral straight to pressure Berrio into the chicane.

They then almost made contact at Signes, and Cabanelas ran wide after getting super close to Berrio entering the corner.

Just 0.188s seperated them as they started the next lap, and Cabanelas tried passing around the outside of turn one. He got the move done at the next corner, but then left the door open at Ste Baume and Berrio got back through.

That did give Cabanelas the slipstream down the Mistral straight though, and he took the outside line to the chicane. They touched wheels but Cabanelas was able to get through. Berrio fought back though, getting inside Cabanelas at Signes and then running side-by-side with him through the final sector.

Cabanelas went wide exiting the final corner, and the battling allowed the three drivers behind to join the fight entering the final lap.

Berrio tried breaking the tow down the pit straight but couldn’t shake Cabanelas off his rear, and he tried repeating his move at the chicane. This time he could not complete it, but he tried again at Signes. Berrio held on, and it turned into a five-car victory fight through the last corners.

Vayron dived down the inside of Cabanelas at the final bend, helping Berrio take the win as Cabanelas went wide again as he came onto the pit straight. He held on to second, but then got a post-race five-second penalty for exceeding track limits at the final corner, dropping him behind Vayron, Pelet and Hugh Barter.

New champion Alessandro Giusti worked his way from 10th on the grid to finish sixth, ahead of Nomura, Enzo Peugeot, Souta Arao and Pablo Sarrazin, who had an up-and-down race after starting fifth.