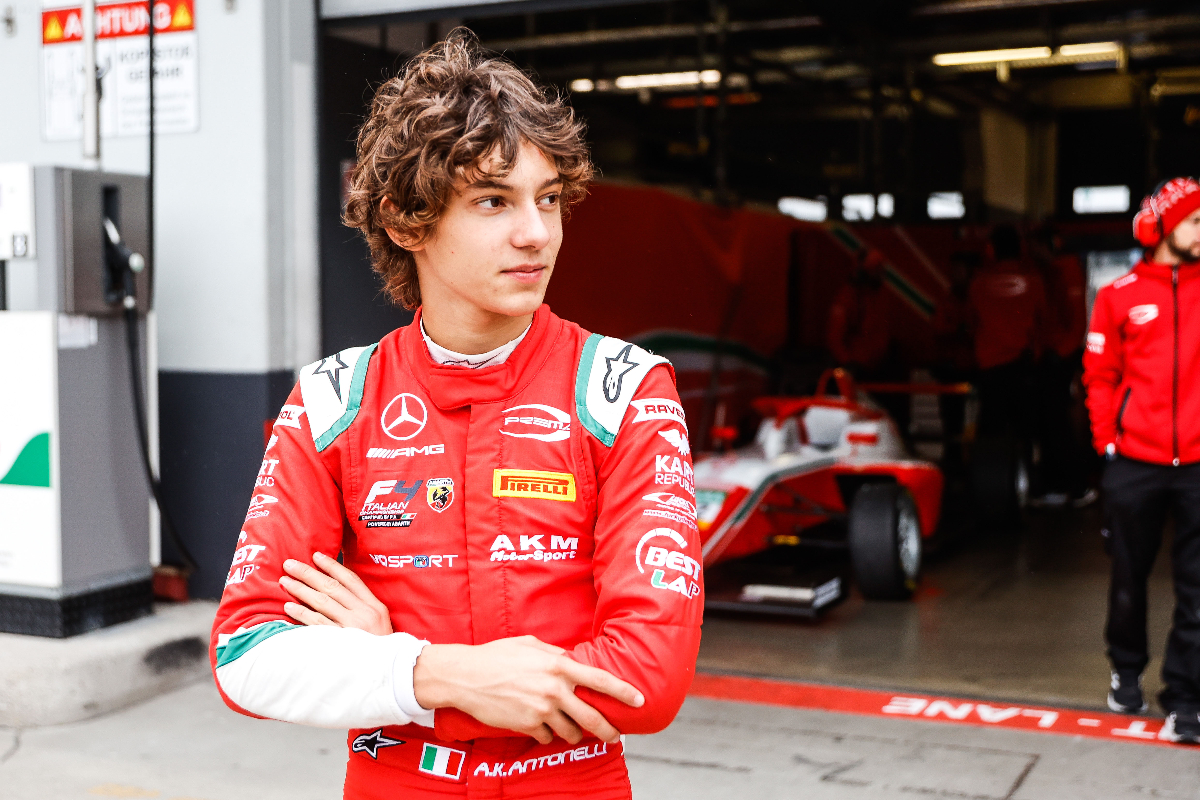 Mercedes-AMG Formula 1 junior Andrea Kimi Antonelli picked up his first car racing title with victory in the penultimate race of the ADAC Formula 4 season at the Nurburgring.

The delayed race began in wet and foggy conditions, with all drivers on grooved tyres and teams making lots of last-minute changes to cars on the grid to make them suitable for the low grip levels.

Antonelli’s Prema team-mate Rafael Camara started on pole, but he bogged down off the line and Antonelli went from third to first entering turn one.

Camara then spun and fell to the back of the pack, while PHM Racing’s Taylor Barnard – Antonelli’s title rival – sliced his way past Antonelli’s Prema team-mate Ugo Ugochukwu into second in the first sector of the opening lap.

James Wharton then found a grippy line in another of Prema’s cars to demote Barnard back to third, and Camara pitted at the end of the lap due to front-right suspension damage and fell a lap down.

Antonelli’s lead had grown to 2.4 seconds by the end of the next lap, and Barnard became his closest rival once more once Wharton ran off fell to eighth place.

Barnard, despite having clear track and therefore no spray problem, was unable to match Antonelli’s pace and he was over 7.6 seconds behind on lap 10 when the safety car appeared after Michael Sauter crashed out.

With the time it took to retrieve Sauter’s car, it meant green flag action did not resume until the very last corner of the race on lap 13 and Antonelli was able to weave across the line to celebrate the race and title win.

Ugochukwu finished third ahead of Rasmus Joutsimies, and Wharton passed Jonas Ried and Valentin Kluss to recover to fifth place.