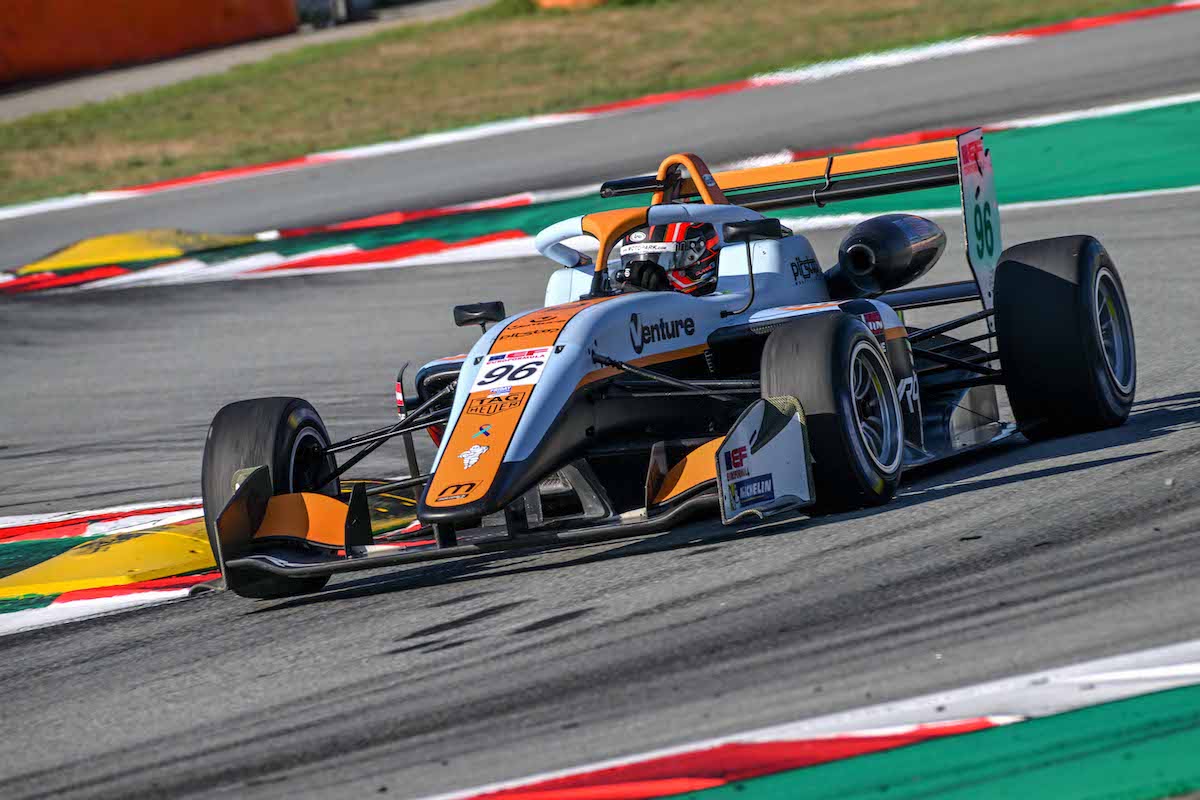 Oliver Goethe took a crushing victory in the first Euroformula race at Barcelona to secure the title early.

The Motopark driver won by 6.834 seconds, but his victory margin was initially larger as he was penalised five seconds for causing a collision on the opening lap.

Goethe made a strong start from pole, but Motopark team-mate Josh Mason (entered under the CryptoTower Racing Team banner) also made a fast getaway and had the inside line. To defend his lead, Goethe cut across aggressively, but left enough room for Mason on the inside.

Unfortunately his manouevre across meant he made contact with Mason’s front wing, breaking it and requiring Mason to pit at the end of lap one.

Christian Mansell challenged Goethe for the lead down to turn one once team-mate Mason was eliminated, getting alongside but having to back out of making a move as he was on the outside line.

BVM Racing’s Francesco Simonazzi  got into third place ahead of Motopark’s Frederick Lubin, with Vlad Lomko and Ayrton Simmons engaging in battle over fifth place.

Goethe grew his lead at approximately a second per lap in the first half of the 18-lap race, with Simonazzi pressuring Mansell through the first five laps until he was able to make a pass around the outside of turn one on lap six.

Lubin, Lomko and Simmons were right behind them and ready to pass Mansell too, and by holding them off it allowed Simonazzi to race away in second place.

Simmons passed Lomko and he loomed heavy in the mirrors of Lubin, who was simultaneously occupied for many laps with trying to pass Mansell. It ultimately led to a stalemate until lap 14 when Simmons dived down the inside of Lubin at the hairpin and took fourth place.