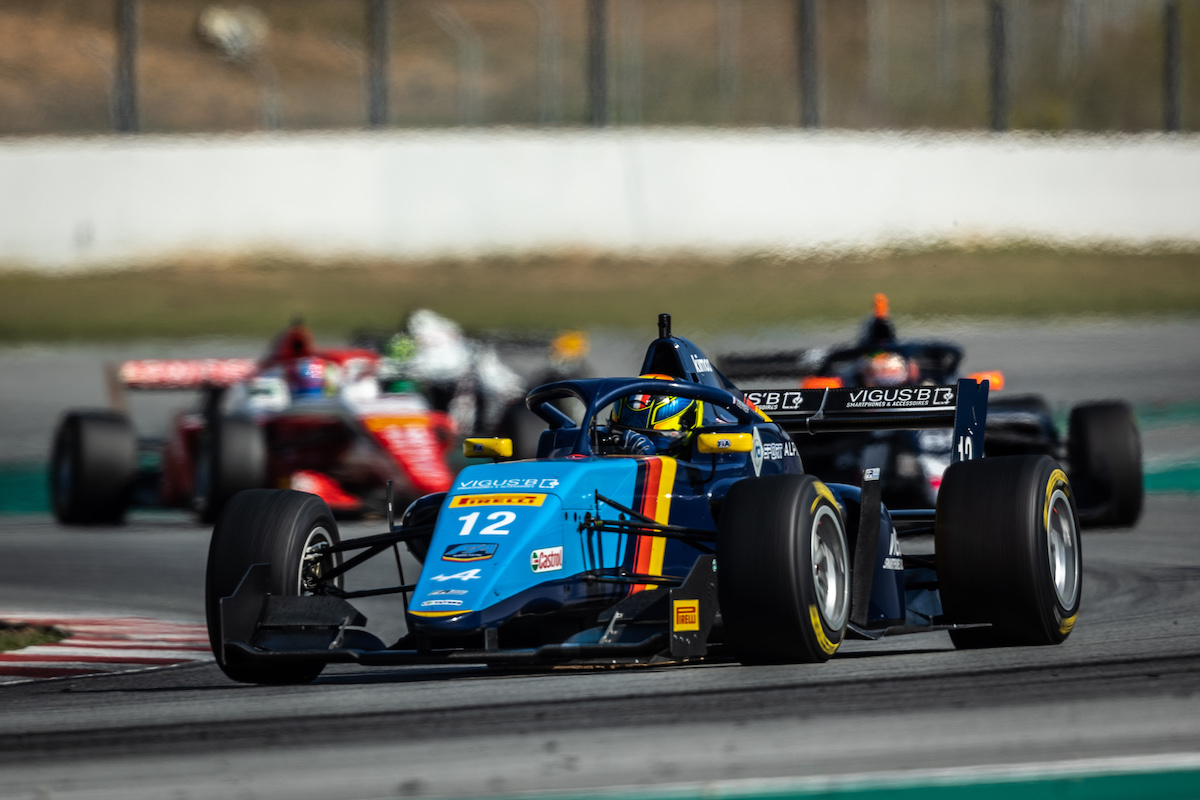 Sainteloc Racing is poised to continue its single-seater expansion into the Formula Regional European Championship by Alpine next year with a takeover of the FA Racing entry.

Known for its programmes in sportscar racing and rallying, Sainteloc joined the Spanish Formula 4 grid midway through this year under the leadership of former French federation and All Road Management figure Morgan Caron.

Fernando Alonso’s FA Racing brand first appeared in what was then the Formula Renault Eurocup in 2019 with a team operated by the Spanish Drivex operation. Since 2020 the squad has been run by personnel from MP Motorsport, moving across to the newly-merged FREC last season.

A statement issued on Saturday during the penultimate round of the FREC season at Barcelona confirmed FA Racing would not be present in the series next year, with Sainteloc to purchase its cars. The French team must also apply to the championship to take over the FA entry.

“FA Racing announces it has no intention to participate in the Formula Regional European Championship by Alpine beyond the current 2022 season,” the statement read.

“FA Racing came to an agreement with the Sainteloc Racing Team regarding the purchase of the FRECA cars. Sainteloc aims to enter the 2023 FRECA championship and will officially apply to take over the entry that FA Racing leaves behind.”

In a statement from Sainteloc confirming that it will lodge an entry application “in the coming weeks”, team principal Sebastien Chetail said: “Our ambition to compete in FRECA in the 2023 season is the next logical step in the expansion of our single-seater programme.

“Through the F4 Spanish Championship this year, our team has discovered the discipline and has been able to progress in the approach and operation of this type of car. The Formula Regional European Championship by Alpine has proven over the years to be one of the pillars in the FIA pyramid and we hope to continue our development in this series.”