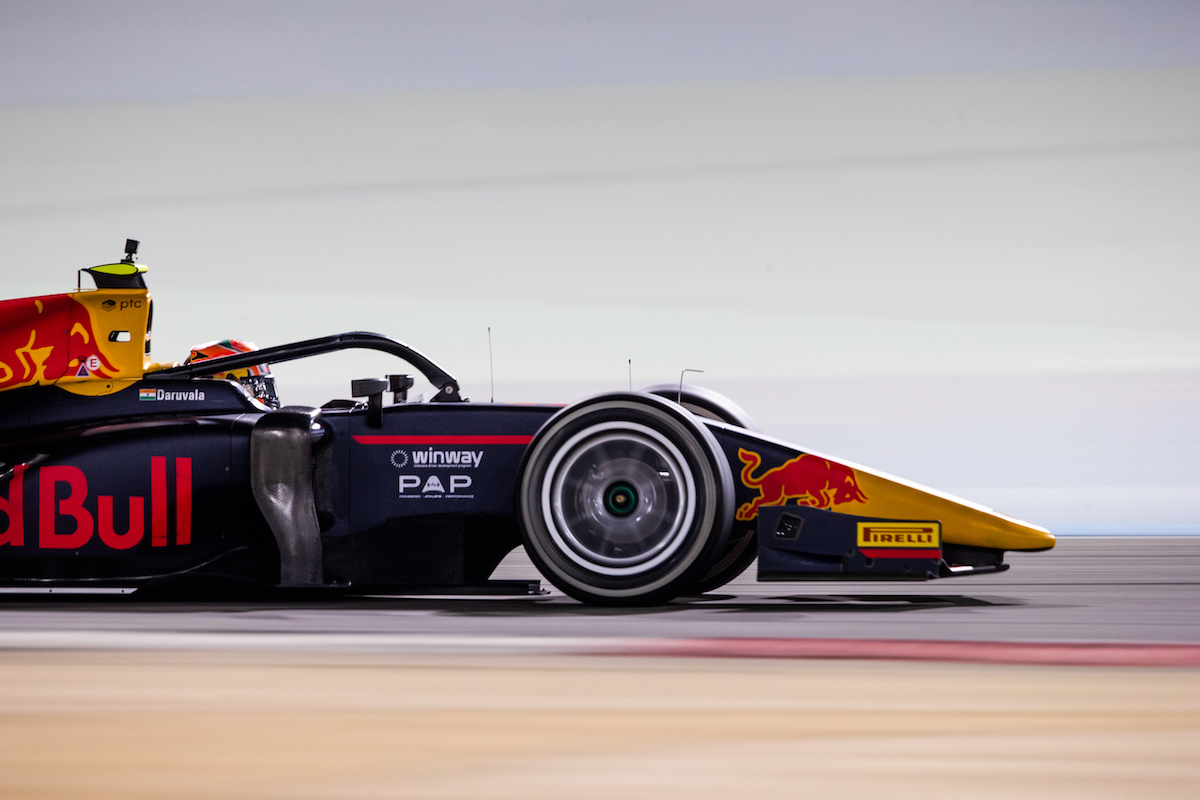 Newly-signed Red Bull junior Jehan Daruvala set the best time of the Bahrain Formula 2 pre-season test so far with a flying lap for Carlin at the very end of day two.

Ex-Formula 1 racer Sergey Sirotkin – testing for ART Grand Prix – led the times into the final half-hour of running, which was disrupted by a red flag with 17 minutes to go for an incident involving Sean Gelael.

Following the restart with seven minutes remaining, Pedro Piquet looked set to repeat his feat of topping the times on day one as he bettered Sirotkin’s benchmark by 0.111 seconds in his Trident car.

Daruvala – who only drove an F2 car for the first time on Sunday – managed to go even quicker though as the chequered flag went out, going 0.231s faster than Piquet with a 1m41.260s.

Guanyu Zhou led a large part of the session for Virtuosi until being dethroned by Sirotkin, and went split Daruvala and Piquet with a late effort that was 0.117s away from the former’s time.

Mick Schumacher was another on the move up the leaderboard late on, taking fourth for Prema and pushing Sirotkin back to fifth.

Jack Aitken was sixth in front of Callum Ilott and the MP Motorsport pair of Nobuharu Matsushita and Felipe Drugovich, with Robert Shwartzman in 10th.

Yuki Tsunoda set a fastest first sector – more than two tenths faster than team-mate Daruvala – at the end of the session, but lost time in the middle sector and finished up down in 16th, one place ahead of morning pace-setter Nikita Mazepin.

The late red flag was the second of the session, which was earlier halted for nearly half an hour for an incident involving Campos rookie Guilherme Samaia that required debris and oil to be cleared from the track.

HWA did not attempt any quick laps with Artem Markelov and Giuliano Alesi and finished up bottom of the pile.