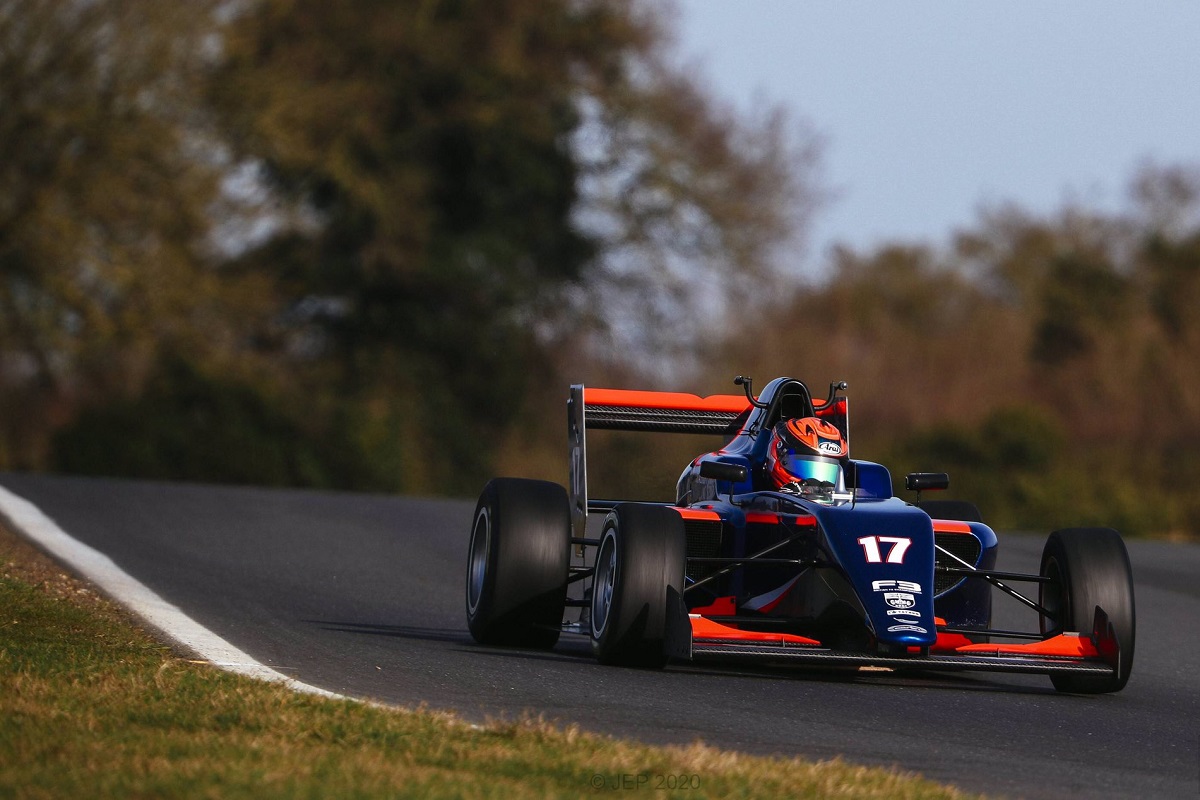 The Malaysian, who was a race-winner in the championship with Chris Dittmann Racing in 2019 and will likely race for Carlin this year, was the fastest man in the fourth and final test session of the day on the circuit’s ‘300’ layout.

Double R Racing’s Louis Foster set the pace in the morning’s first session, although none of the laptimes were truly representative of the updates Tatuus car’s dry weather pace, and CDR duo Jordan Dempsey and Josh Skelton sat out the session entirely.

Kiern Jewiss lowered the pace for Douglas Motorsport in the second morning session, but CDR still didn’t take to the track.

The pace improved even more in the first afternoon session, with Frederick outpacing Lanan Racing’s Piers Prior by 0.007 seconds.

Azman was the slowest of the three Carlin drivers, behind another expected team signing in Brazilian driver? Guilherme Peixoto, but got to work in the one hour break before the final session of the day and returned to track with a pace advantage.

His best lap, set with 10 minutes left of the day, was 0.345s quicker than Frederick’s best effort a few minutes later, while Prior belied his single-seater inexperience to set a lap good enough for third.

The CDR drivers failed to catch up from their late start, with British Formula 4 graduate Josh Skelton 1.623s off the pace and Chinese F4 champion Dempsey a further 0.158s behind.