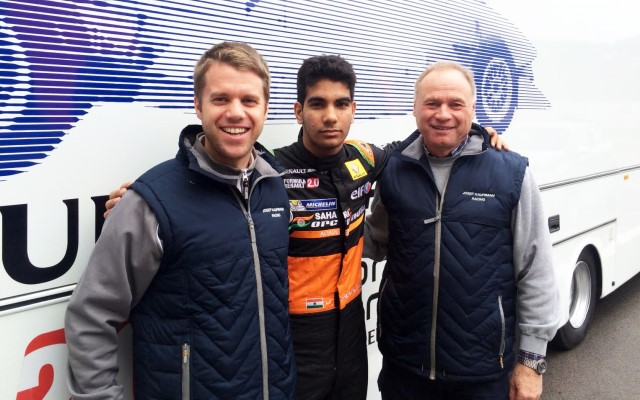 Force India protege Jehan Daruvala has confirmed he will switch to Josef Kaufmann Racing for a double Formula Renault 2.0 programme in 2016, preceded by a campaign in the Toyota Racing Series.

Daruvala will partner Lando Norris at both the German squad in the Eurocup and NEC series and the M2 Competition team in New Zealand.

The pair were previously team-mates in their last year of karting in 2014 at Ricky Flynn Motorsport, Norris winning the world championship and Daruvala placing third.

Daruvala drove for Fortec in FR2.0 in 2015, finishing fifth in the NEC with three podiums. He also contested three Eurocup rounds with a best result of seventh and took a podium finish from three Alps events.

He has since been testing with the Kaufmann team, including topping the one day test at Jerez at the end of the season.

“I am looking forward to an early start with the series in New Zealand in 2016,” said Daruvala.

“It?s great that I have a very competitive team mate. I am sure that we will be able to push each other to keep improving.

“I would like to thank the Sahara Force India Academy for their vital and continuing support.”

Team owner Josef Kauffmann commented: “We were very impressed with Jehan?s performance this year. We arranged for a test with him and we were really happy with how we worked together.

“We are confident that we will be running up front in 2016.”

Daruvala and Norris will be part of a star-studded line-up for M2 in TRS, which will also feature Ferrari’s Chinese junior Guan Yu Zhou and double Brazilian F3 champion Pedro Piquet.

Double R brings Enzo Bortoleto back to BRDC F4 for 2016