Double R brings Enzo Bortoleto back to BRDC F4 for 2016 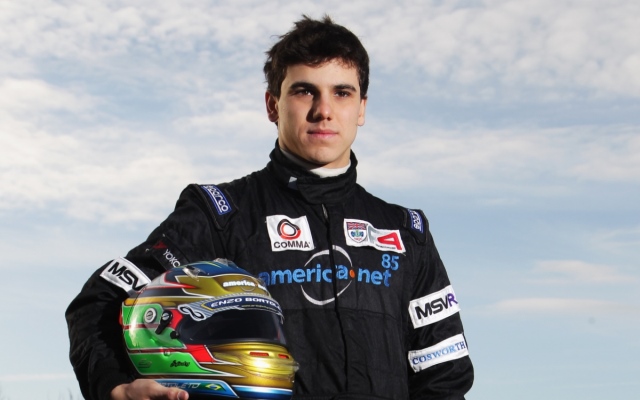 Enzo Bortoleto will get a second chance to race in BRDC Formula 4 next year as a second Brazilian signing for the Double R Racing squad.

Bortoleto raced in the Winter Series at the end of 2014 for the PetroBall team and was due to continue with the team into 2015, but the outfit was then forced to withdraw due to funding issues relating to the Petrobras corruption scandal.

Previously a podium finisher in South American F4 in 2014, this year he has raced in the Sprint Race touring car series in Brazil and is in title contention going to the final round, and has also appeared in KZ2 karting with CRG.

The 17-year-old will join compatriot and MSA Formula graduate Matheus Leist in the line-up at Double R, which has Brazilians Felipe Nasr and Bruno Senna among its alumni.

“It is great to be back in the BRDC Formula 4 Championship, especially with the new car,” said Bortoleto.

?I?m also pleased to be at Double R Racing, it?s a strong team with a lot of knowledge so it should be a good season.

“It will, as always, be a highly competitive championship and we are looking to challenge for podiums, wins and hopefully the championship.?

Team boss Anthony ‘Boyo’ Hieatt added: “We?re really looking forward to having Enzo in the team, he obviously proved his ability and pace in the Winter Series last year and we?re confident he can be a contender in 2016.

?It?s fantastic news for the team to have two quality drivers confirmed so soon and we?re hopeful of completing the line-up very soon with our third driver.”