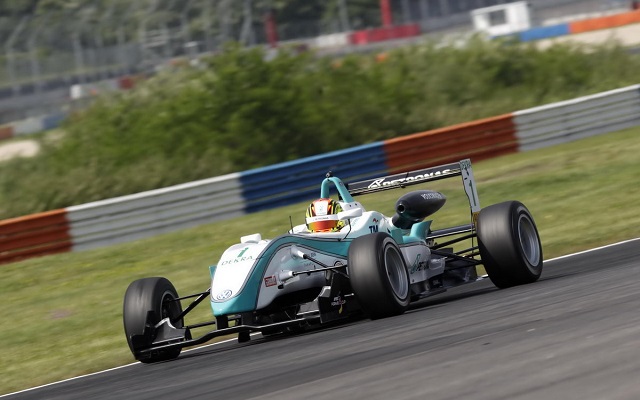 Motopark Academy’s Nabil Jeffri kicked off the German F3 championship’s fourth round at Hockenheim by confidently setting the pace in free practice.

Jeffri set atop of the timesheets for much of the 45-minute affair and eventually finished almost three tenths clear of nearest rival Sam MacLeod.

Jeffri’s compatriot Weiron Tan also did a solid job, breaking into the top five and being the last driver to have an effort within a second of the best lap.

Championship leader Markus Pommer didn’t get much track running and had to settle for sixth with teammate Andres Mendez in seventh and JBR’s Nicolai Sylvest just 0.001s off the Colombian’s time in eighth place.

GP3 frontrunner Dino Zamparelli, competing in a one-off round with ADM, was 0.36s ahead of teammate Nikita Zlobin, with the two rounding out the top ten.

The practice session was a busy one for the stewards, who erased several laps due to track limit infringements. However, none of the deleted laps would have been best efforts for drivers affected.