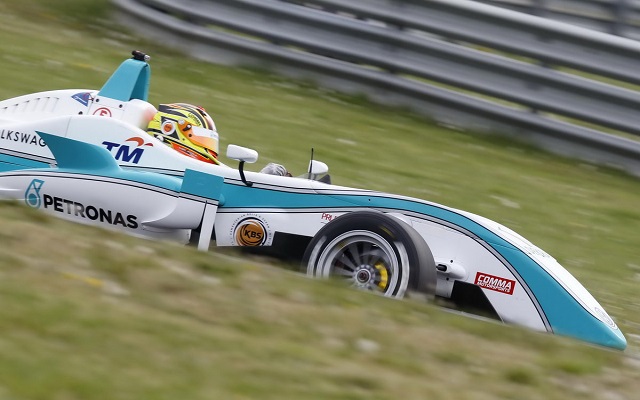 Championship leader Markus Pommer led much of the running, but it was the Malaysian racer who deposed Pommer from the top at the final minute, leading him by 0.126s.

Nicolai Sylvest broke up the Lotus dominance out front by taking third, just two hundredths off of Pommer. Sam MacLeod was fourth, ahead of Nikita Zlobin and Indy Dontje.

Andres Mendez managed a late effort to go seventh, while Weiron Tan and Maximilian Hackl rounded out the runners.