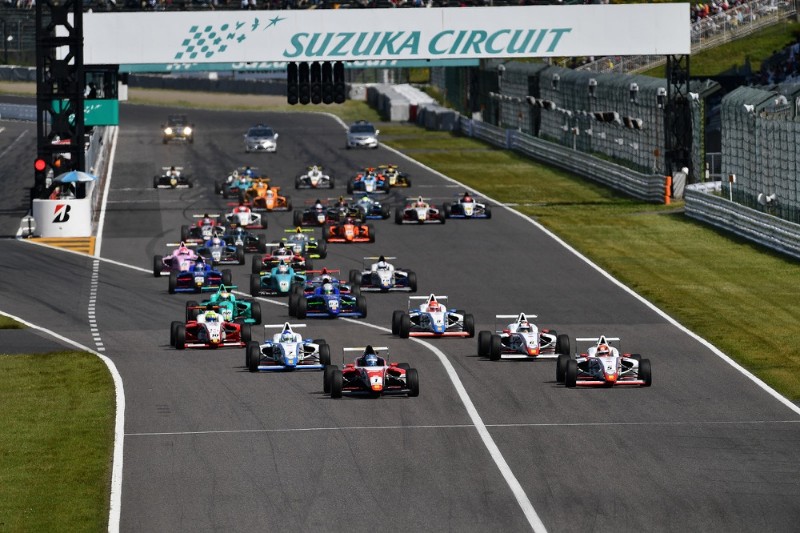 The Japanese Formula 4 championship has revealed a new calendar for its 2020 season, taking in 12 races over four rounds.

A start date in April was originally given for the series before the global coronavirus pandemic, and after several cancellations in March and postponements in April, there has been little information about the calendar since.

Okayama was supposed to host the season opener and was the first round to be cancelled. It hasn’t been reinstated on the new calendar, with Fuji Speedway now holding the first round of the year on October 2-4.

In the past, Japanese F4 rounds have usually consisted of two races. That will be expanded to three for each round in 2020.

Japanese Grand Prix venue Suzuka holds round two of four on October 23-25, followed by Twin Ring Motegi on November 6-8 and a second visit to Fuji on November 27-29.

Pre-season testing for the series was also cancelled by the pandemic, and a new test day has been organised at Fuji for September 1.

Due to the pandemic’s ongoing status, the new Japanese F4 calendar is still open for revisions, but organisers intend to maintain the 12 races on the current schedule.

Super Formula and Super Formula Lights, formerly known as Japanese Formula 3, are set to start their seasons next month at Twin Ring Motegi. They have opted for shortened and compressed weekend formats in efforts to reduce the spread of coronavirus.

There may be some changes to driver line-ups in both series due to Japan’s current travel restrictions, with Red Bull junior Juri Vips having already committed to a F3 campaign in Europe in case he can’t make it to Asia.