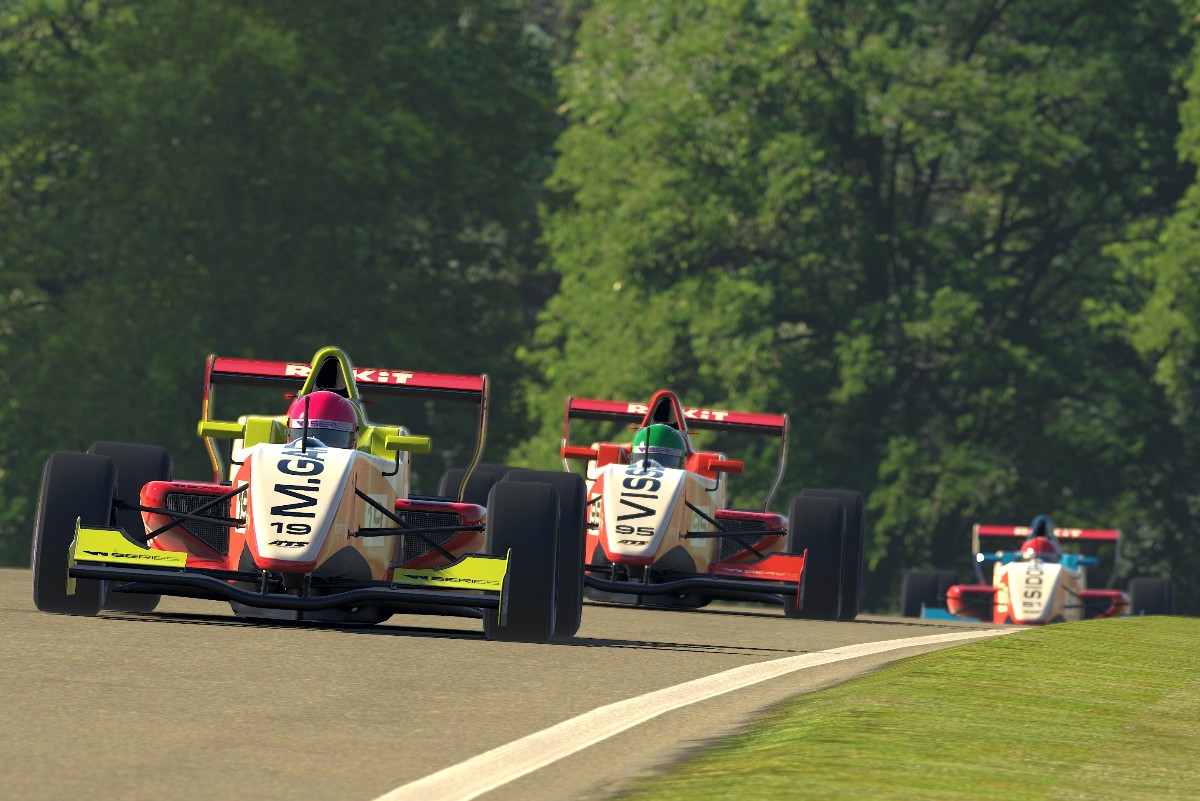 Visser took pole and performed one of her strongest opening laps to lead immediately by over three seconds. That was helped by Sidorkova and Garcia taking themselves out of contention at the Bus Stop chicane.

From there, Visser was able to pull a small gap to Caitlin Wood, who didn’t have the strongest getaway but capitalised on the incident ahead. Visser ended up winning the 15-minute race by over five seconds from Wood and Tasmin Pepper.

Nerea Marti and Abbie Eaton rounded out the top five, while Ayla Agren made a late pass on Sarah Moore for sixth. Garcia finished ninth, while Sidorkova could only manage 14th place.

Naomi Schiff started the reverse grid race from pole, but was passed by Belen Garcia at the start.

Opening lap mayhem, involving Jessica Hawkins barrel-rolling at the Bus Stop, helped Visser elevate herself from the back up to eighth by the end of the lap. Pepper and Wood were also involved in the chaos, which ruined their races.

Sidorkova closed the gap to Belen Garcia and found a way past before the halfway point of the 15-minute race.

Marta Garcia meanwhile worked her way up to fourth, as Visser took her time getting past Bruna Tomaselli.

Fabienne Wohlwend held third for a while until Marta Garcia – who had a moment with Schiff – took a podium spot. Visser followed shortly afterwards and closed up to Marta Garcia late on, but had to settle for fourth.

Sidorkova controlled the race to take her first win since Brands Hatch, ahead of Belen Garcia.

Visser took pole for the 20-minute race three, but a small error at the first corner meant Marta Garcia passed her for the lead after being later on the brakes at the Bus Stop.

While challenging a lap later at the same section, Visser ran wide and crashed, which required a virtual fast repair.

Garcia was able to hold out a small lead gap to Sidorkova, who ended up under pressure from Wood.

Many of the big scraps were further down the field, notably with Schiff once again coming off on the wrong end of a collision – this time with Agren.

Garcia won by a handful of seconds, ahead of Sidorkova and Wood. Marti took fourth, ahead of Hawkins, Belen Garcia, Tomaselli and Moore.