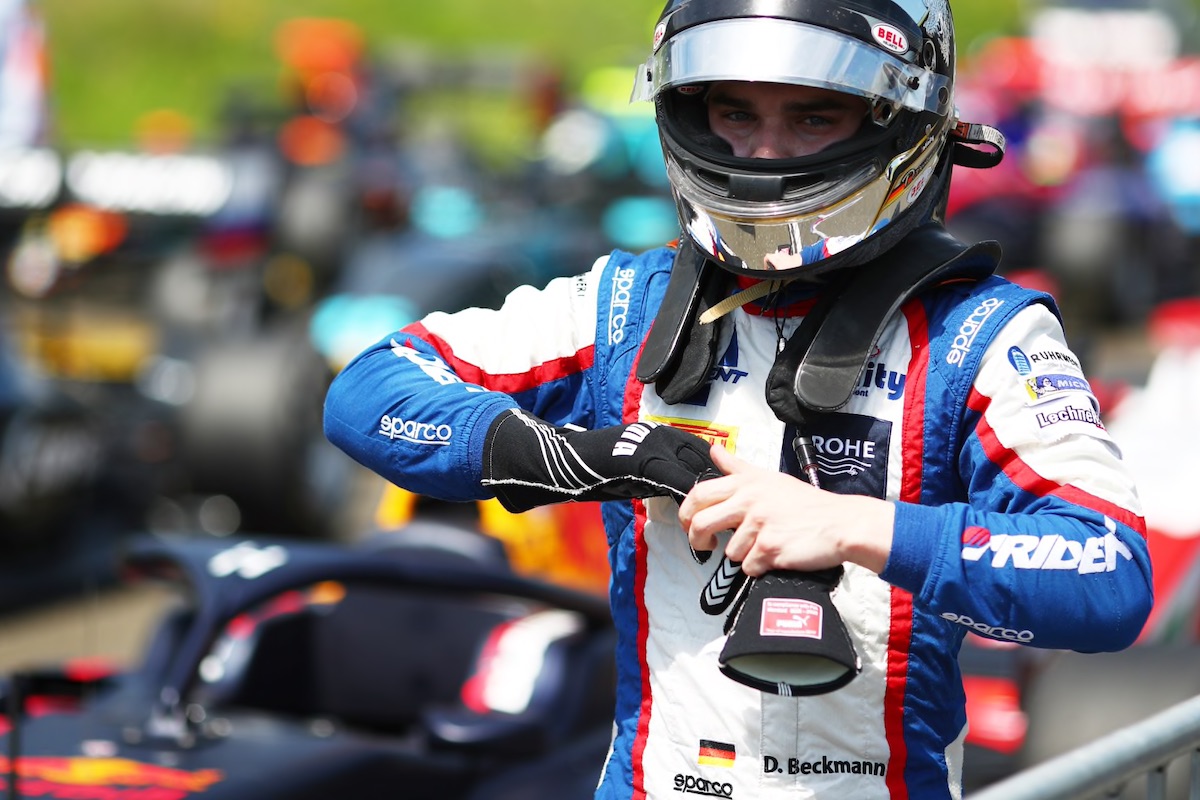 David Beckmann set the pace in free practice ahead of the Hungary round of the 2020 Formula 3 championship.

The Trident driver set a 1m31.839s lap in the closing stages of the session to knock Jake Hughes off the top spot.

Most of the field found improvements in their final laps of the session, and Beckmann’s Trident team-mate Lirim Zendeli and ART’s Sebastian Fernandez were able to get within a tenth of a second of his time, but none could go quicker.

Championship leader Oscar Piastri spent most of the session in the pits. He completed just 13 laps, while most of the field ran between 19 and 22. He was able to get out for two short stints, but couldn’t get onto the same pace as Beckmann and ended the session 28th.

The Renault junior took to Twitter after the session to complain that his DRS had not been working.

Second in the championship, Frederik Vesti also had a shortened session and finished P27 overall.

David Schumacher and Igor Fraga both had the pace to be towards the front of the field, but traffic hindered both drivers. Schumacher had already briefly topped the times towards the middle of the session and was on a flying lap just before the chequered flag when he hit traffic.

Fraga’s problem came earlier in the session when he was held up by Alessio Deledda, an incident that attracted the attention of the stewards. They ended the session 24th and 25th, with Schumacher 0.2s ahead of Fraga, and just behind Logan Sargeant.

Hughes dropped back to fourth after the late laps, ahead of Liam Lawson, Theo Pourchaire and Cameron Das.