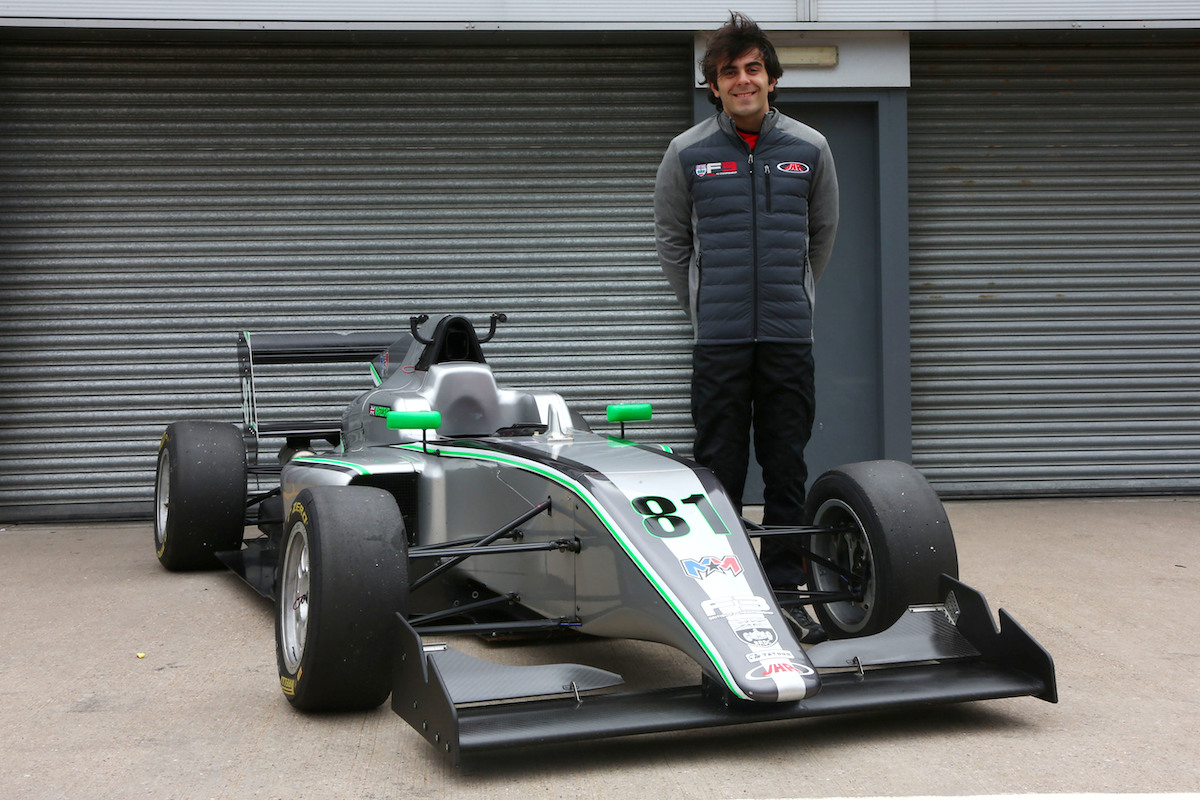 JHR Developments has added Max Marzorati to its line-up for its debut campaign in the BRDC British Formula 3 Championship this year.

Marzorati, who is celebrating his 20th birthday on Friday, is due to take part in seven of the scheduled events, beginning with the season-opening round at Donington Park on August 15-16.

He will also enter the return to Donington a month later, plus the Snetterton and Silverstone rounds.

Marzorati has raced in Formula Ford 1600 over the past couple of years – finishing 11th in the 2019 Formula Ford Festival – having previously won races in the Renault UK Clio Cup Junior series.

“I’ve tested twice with JHR now and the car is a rocketship compared to what I’ve driven before,” he said.

“It’s also a lot more technically advanced but I love it! Every time you drive the car it’s motivation to study data to make you faster next time out.

“I’m fully appreciative of what it takes in terms of funding to even think about something like F3. But being realistic, we can’t afford the luxury of endless testing or two sets of new tyres every session – we are on two new sets for the whole day! So we need to be clever in our approach.

“I already feel at home with JHR – I’ve even picked up some northern dialect having ‘quarantined’ at their workshops up near Sheffield! They’ve been successful in other categories and, whilst F3 is also new to them, we are definitely looking to build momentum together.

“After two test days, we seem to be somewhere in the ballpark – particularly in damp, greasy conditions. I genuinely believe we can give a good account of ourselves and come away with some decent results.”

Marzorati – who has already represented JHR in the BRDC British F3 Esports series – will team up with Carter Williams, who is stepping up from British F4 with the team.

“We are really happy to have Max join the JHR family,” said team boss Steven Hunter.

“We’ve had a relationship with him over a number of years so it’s nice to finally get him in one of our cars.

“He’s made good progress in testing so far and we are looking forward to seeing what he can do. He’s well placed compared to others who have done a lot more testing and he could spring a surprise.”