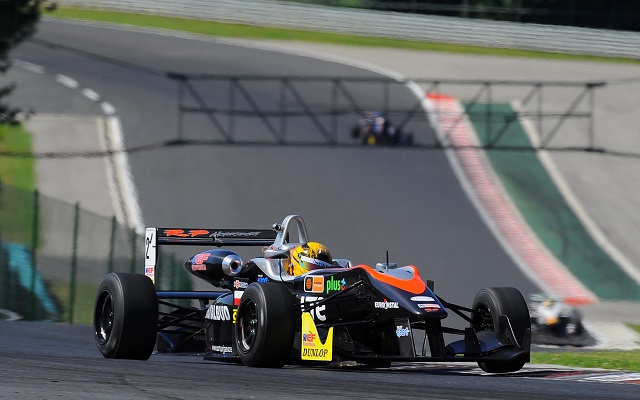 RP Motorsport’s Artur Janosz took his second career pole in Euroformula Open in qualifying for race one of the Hungaroring round.

The Polish racer set his benchmark on his sixth lap of the session and comfortably led the timesheets at the halfway mark, with half a second separating him and second-placed teammate Sandy Stuvik.

Alex Palou, who sat out the entirety of the first half of the session, broke up an RP 1-2 shortly after coming out on the track and then managed a subsequent lap just 0.07s slower than provisional pole.

Both Janosz and Palou had enough time to try to set better laps, but neither managed to do so. Despite that, the two would remain unmatched in the closing minutes of the session, with Janosz securing a second consecutive pole and Palou picking up his third front row start of the regular season.

Stuvik managed to slightly improve in the final minutes to stay third, with Sean Walkinshaw managing his best qualifying of the season in fourth.

Guatemalan racer Andres Saravia was just 0.015s slower than the Brit in fifth and will share row three with Che One Lim.