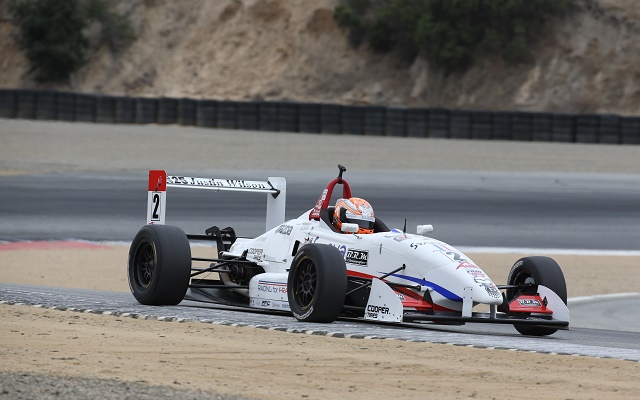 Cape’s Nico Jamin was victorious in his first race as the USF2000 champion, dominating the series finale at Laguna Seca.

In taking his sixth consecutive victory, Jamin did what no other USF2000 driver had accomplished since the series’ revival in 2010, with Sage Karam and Spencer Pigot having shared the previous record at five.

Jamin, starting from pole for a 12th race in a row, maintained the lead at the start, holding station down the inside of Turn 1 as teammate Aaron Telitz had a look round the outside.

Telitz then briefly ran side-by-side with Anthony Martin for second, the Australian going off-track and raising some dust, but holding third.

However, he slipped behind Luke Gabin and Jake Eidson a couple of laps later, only to return to fourth place as Gabin dropped out of contention with an issue on his car.

And that would be it for the battle for podium positions, with Jamin cruising to a win and Telitz propping up a Cape 1-2 eight seconds down.