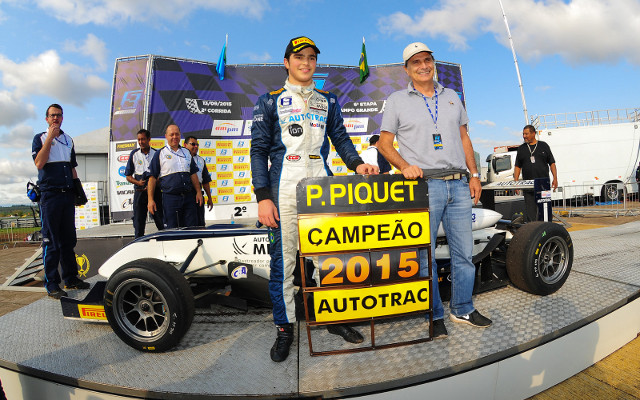 Pedro Piquet is set to race in European Formula 3 next season, his father Nelson has confirmed after he sealed a second title in his native Brazil.

Piquet?s eighth and ninth consecutive race wins in the series at Campo Grande at the weekend secured him the 2015 Formula 3 Brazil crown with four races to spare.

Piquet, who turned 17 in July, won 11 out of 16 races in his rookie year of car racing last year.

He tested with European teams including Carlin at the end of 2014 but remained in his home country for a second season in order to complete his schooling.

Though he won the first race of 2015, he then failed to finish the next two but has been unbeaten since.

Three-time Formula 1 champion Nelson said: ?He had an impeccable season. He did not make any mistake and when he didn?t win it was because of an engine blow-up and a battery breakdown.

?He will now compete in European F3, and there he is going to show us if he?s really different or not.

“We are talking with some teams and he has already tested there.?