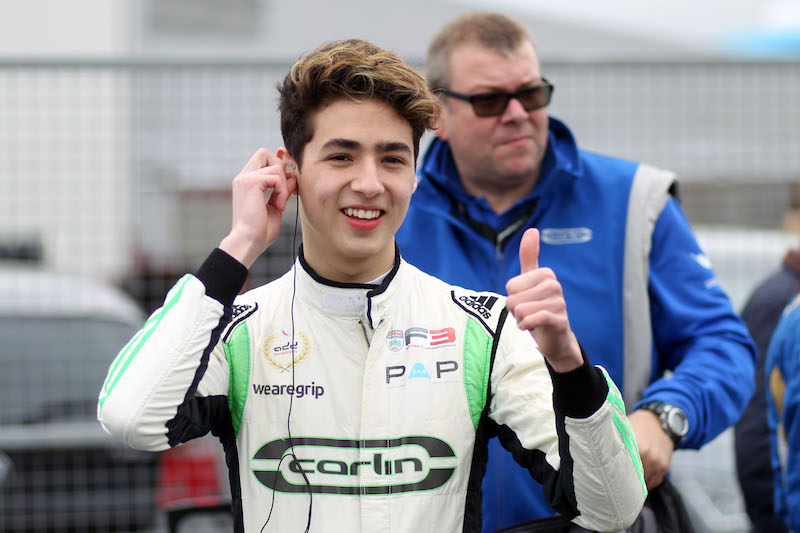 BRDC British Formula 3 runner-up James Pull will take part in the Toyota Racing Series at the start of next year with M2 Competition.

The Singapore-born British-Malaysian driver finished second to Carlin team-mate Enaam Ahmed in BRDC British F3 this year, taking 14 podium finishes from the 24 races, although he didn’t win a race.

He previously spent two years in British F4, coming fourth with Carlin in 2016, and sampled Formula Renault in the Northern European Cup this autumn.

Pull is part of the ADD Motorsports management stable as Lando Norris, who won the TRS title with M2 Competition in 2016.

“I am really looking forward to visiting New Zealand for the first time and racing in such a prestigious series as TRS,? he said.

?I have heard great things about the championship from fellow drivers in Europe and so cannot wait to get out on the track”

“2017 was a very successful year and to finish second in the British F3 Championship in my first year in F3 was a great result.

“Now my attention is fully focused on TRS with M2 Competition and, like all the drivers that will be there, I want the title and will be pushing hard.”

Pull is the third driver confirmed to race for M2 in the 2018 TRS, together with Ferrari-backed local star Marcus Armstrong and GP3 driver Juan Manuel Correa.

Brazil’s Luiz Felipe Branquinho, who came 13th in Italian F4 this year, has signed to race for Giles Motorsport alongside karting graduate Clement Novalak and Reid Harker, who is the first driver to step up to TRS directly from the sister Toyota 86 one-make GT series.