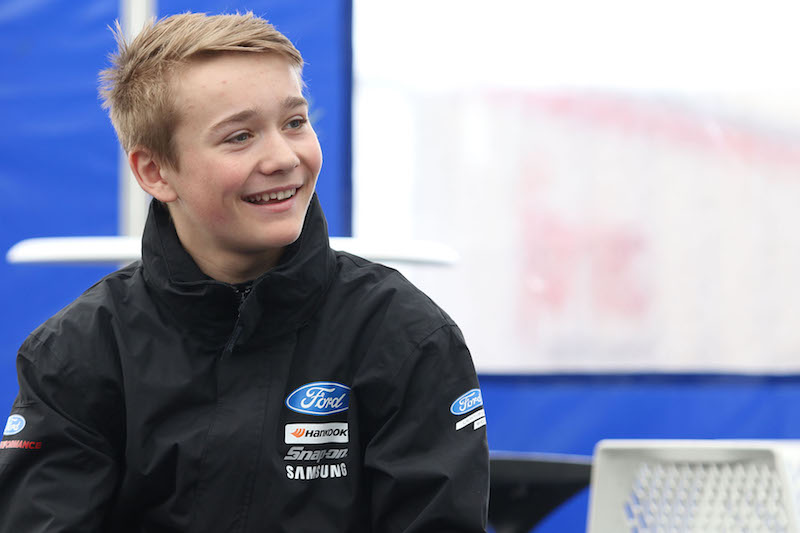 Billy Monger, who lost both of his lower legs in a British Formula 4 crash in April, is looking to make a surprise return to single-seaters.

The 18-year-old, who achieved five podiums in British F4 from the start of 2016 up until his accident, has helped to get FIA rules changed to allow disabled drivers to race in single-seaters.

Monger regained his racing license three months after his accident after testing a Fun Cup car, and had been lined up for a seat at the Le Mans 24 Hours in an all-disabled line-up for 2020, but he now hopes to return to single-seaters in 2018.

Speaking at the FIA prize giving, where he received a special award from president Jean Todt, he said was targeting a drive in BRDC British Formula 3.

“I had a meeting earlier with the FIA, and some rulings that were in place before about single-seaters not being an option for disabled drivers have been overruled, so my plan is to get back into a single-seater racecar for 2018” he said.

In June, less than two months after his accident, Monger was using a simulator at F3 team Carlin that was adapted for him to use with hand controls.

Speaking to ITV’s This Morning programme earlier this week, he added: “Since day one, [the FIA] have been really supportive in trying to get the rule overturned in time so I can hopefully get back racing in April.

“It’s been a long struggle, but we’ve managed to get it done.

“And it’s not just for me; it’s for other people that want to race single-seaters as well that have the same problem.”