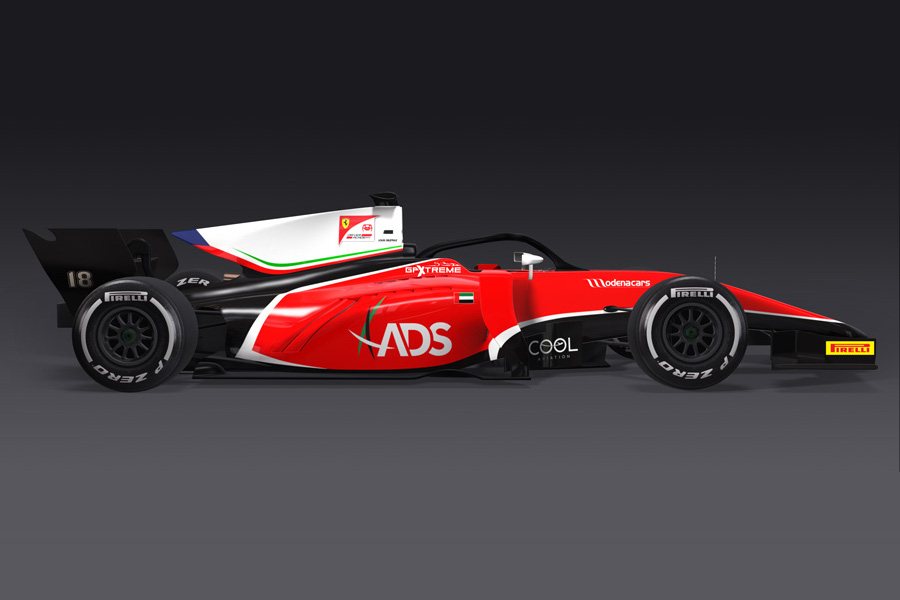 Both drivers will be entering their second seasons in F2, with Fuoco having been team-mate to champion Charles Leclerc at Prema in 2017 while Deletraz had stints with both Racing Engineering and Rapax during his rookie campaign.

Both drivers will carry FDA logos on their Charouz cars, following recent speculation that Deletraz would be joining Fuoco and others on the programme for next season.

Charouz will enter F2 after winning the final Formula V8 3.5 season under the Lotus banner with Pietro Fittipaldi, who has also been eyeing a move into F2 for next year.

“I?m thrilled to welcome Louis and Antonio into our team and keen to work with the Ferrari Driver Academy for what will be our inaugural season in the FIA Formula 2 Championship,” said team boss Antonin Charouz.

“Both drivers impressed during their rookie F2 season in 2017 and they clearly learned a lot as the year progressed.

“I?m confident they will be able to use that experience to good effect in 2018 so they are challenging at the front of what?s traditionally a very competitive F2 field.”

Fuoco came eighth in his debut F2 season this year after stepping up from GP3, winning the Monza feature race.

“I?m really happy to join Charouz Racing System and have a new challenge in F2,” he said.

“The team has a good racing pedigree after winning the World Series title this year and everyone is pushing hard to do everything perfectly. If this happens, I know we can all do a good season together at Charouz.”

After finishing second in Formula V8 3.5 in 2016, Deletraz came 17th in F2 this year, scoring 15 of his 16 points after switching from Racing Engineering to Rapax for the final four rounds.

“I?m really happy to join Charouz because every championship they?ve entered in the past they?ve been quick and won races,” said the Swiss driver.

“This is a very exciting project and I think we can do great things next year. It?s definitely my objective to do a very strong season.

“I?ve known Antonio for a few years now and I?m looking forward to working with him.

“It?s important to have a strong team-mate to help the team keep moving forward and I think the line-up we have is very good. I?m looking forward to being part of it.”

Charouz is the third team to complete its line-up for the 2018 F2 season, after series returnee Carlin promoted Lando Norris alongside Sergio Sette Camara and Prema recruited Sean Gelael and Nyck de Vries.