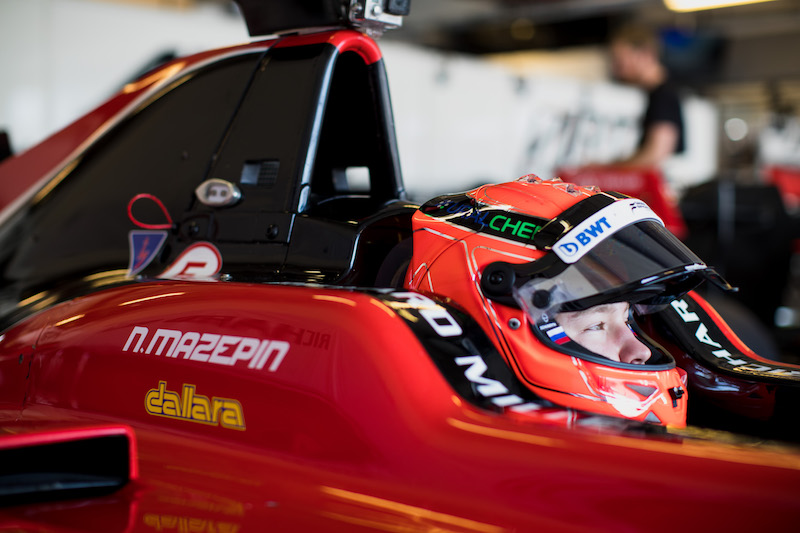 Nikita Mazepin will race for ART Grand Prix in the GP3 Series next year.

The Russian makes the move after two seasons in the Formula 3 European Championship with Hitech GP, finishing 10th in the 2017 standings after scoring three podium finishes.

He has tested Formula 1 machinery with Force India, and ran with ART in the GP3 post-season test earlier this month.

“I have enjoyed my last two seasons in Formula 3 where I have improved a lot as a driver and the second part of this year was very positive.

“The recent GP3 test with ART in Abu Dhabi went really well and I immediately felt comfortable and trusted in the ART Team.

“I am really looking forward to seeing what we can achieve together in 2018.”

ART has had a relationship with Hitech through its sister engineering company?AOTech, and team boss Sebastien Philippe says the deal with Mazepin was a continuation of this.

“Giving Nikita a steering wheel in the GP3 Series is the logical continuation of our partnership, which started on an excellent basis in Abu Dhabi,” said Philippe.

“In addition, ART Grand Prix has had a good relationship with Hitech for several years, and this collaboration with Nikita is the culmination of the work they carried out together.

“Nikita has given us a glimpse of his personal nature and his qualities as a racing driver and I am sure he can be an integral part in our fight for an eighth team title.”

Mazepin joins his former karting team-mate Callum Ilott in the ART line-up for next year, and is also expected to bring fellow Hitech F3 racer Jake Hughes across to the series.