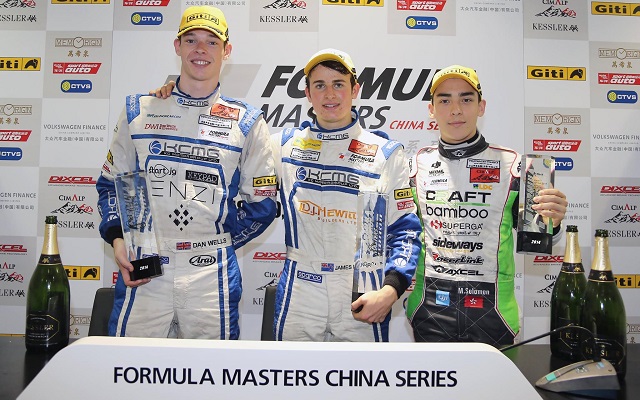 KCMG driver James Munro kept his indomitable 100 percent record alive in the 2014 Formula Masters China season by taking his sixth straight win in the first race of the weekend at Inje.

The 17-year-old Kiwi started the race in second place, but managed to pass polesitter Matthew Solomon of Eurasia Motorsport off the line and was never headed thereafter, winning by over three seconds.

The safety car was called out on the first lap after an incident between another KCMG driver Matthew Swanepoel and Eurasia’s Yuan Bo, with both drivers retiring on the spot. At the restart, Munro’s teammate Dan Wells managed to pass Solomon for second around the outside of the first sequence of corners.

Solomon managed to stay with Wells for the remainder of the race, and got within half a second of the Briton, but a late spin for Zen driver Bao Jin Long brought out the red flags on the penultimate lap, ending the battle for second.