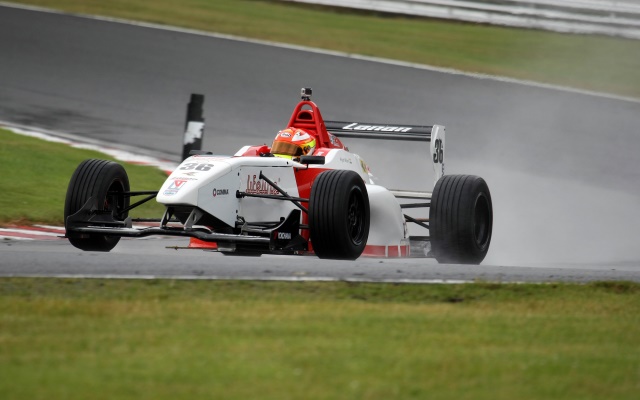 Arjun Maini scored his second straight reverse grid win in the BRDC F4 Championship and a second win of the Oulton Park weekend for the Lanan Racing team in a wet race two.

Starting second on the grid, Maini passed pole-sitter Tom Jackson during lap two – after a safety car start – and pulled away to claim a 4.883 second win.

Sennan Fielding passed Jackson but lost second place when he was forced to pit, handing the place to HHC team-mate and title contender Raoul Hyman.

While Jackson fell down the field and eventually went off into the gravel, Will Palmer claimed the final podium spot in third ahead of Struan Moore, Chris Middlehurst and race one winner and championship leader George Russell.