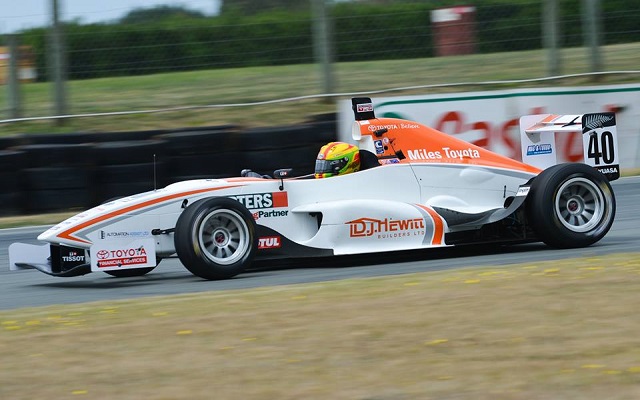 The Toyota Racing Series qualifying at Timaru turned out to be a fruitful one for the championship’s rookies, with James Munro and Martin Rump topping a qualifying session each.

Neale’s Munro was the pacesetter in qualifying one, which was affected by two red flag periods. The Kiwi led coming into both and, as the session was called for good after the second stoppage, he picked up his first TRS pole.

Steijn Schothorst snuck into second before the premature end to the session, while early pacesetter Egor Orudzhev had to settle for third.

There was more running under green in session two, although it was also affected by two stoppages. Neale teammates Munro and Tang were the ones setting the pace, with the Singaporean looking set to wrap up pole in the closing minutes.

However, with one minute remaining on the clock, it was Rump who put in a surprise flying lap to go two tenths clear on the top. Almost immediately after that, the session wound up red-flagged and the Estonian secured pole.

With Tang and Munro in second and third respectively, fourth place went to Jones. His teammate Schothorst picked up fifth, ahead of fellow sophomore Mardenborough and Ferrer, while Orudzhev, Ryan Tveter and Damon Leitch made up the remainder of the top ten.