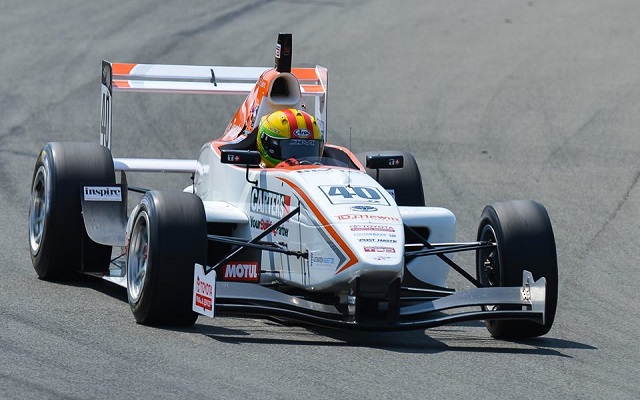 The Kiwi led every lap and calmly controlled the pace during the 15-lap run, taking the checkered flag more than three-and-a-half seconds ahead of nearest rival Steijn Schothorst.

Further down the grid things were nowhere near as smooth, as a big first-lap shunt in the midfield prompted a red flag and ruled out top-ten starters in Macauley Jones, Matteo Ferrer, Andrew Tang and Martin Kodric.

There were no further interruptions after the race went green again. With Munro comfortably leading at the front, Schothorst soon found himself under pressure from third-placed Egor Orudzhev, who significantly closed in on the Dutchman in the latter stages of the race but wound up settling for third.

Damon Leitch took fourth, while his brother Brendon Leitch came home in sixth behind Neil Alberico – with both drivers celebrating their best results of the season so far.

Martin Rump and Jann Mardenborough managed to recover crucial points after tough luck in qualifying, taking seventh and eighth respectively by overtaking Ryan Tveter in the final laps. Behind the American, Matt Rao rounded out the top ten.