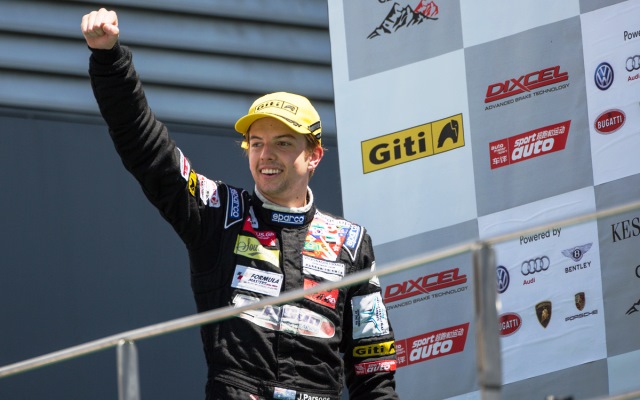 He will be joined by second-year Pro Mazda driver Will Owen and newcomer Nicolas Dapero in the squad’s line-up.

Australian driver Parsons won the AsiaCup series for Formula BMW cars in 2014 and also entered the last three FMCS events of the year with the Meritus operation than runs AsiaCup, picking up one win at each round and finishing fourth in the standings.

The 20-year-old returned for a full campaign in the category in 2015 and finished as runner-up to Martin Rump after another three wins early in the year.

“I?m delighted to be joining a winning team in Juncos as my career moves to America,” said Parsons, who has spent three days testing for the team so far and will do another two in the official Mazda Road to Indy test at Austin this weekend.

“I have a lot to learn but I know this is the best place to do that.

“It?s been a very smooth and positive start. The pace has already been strong and I?ve integrated well into the team.”

Owen, also 20, will spend a second season in Pro Mazda with Juncos after finishing seventh in the 2015 standings.

Before then, the American will contest the Toyota Racing Series in New Zealand in January and February with Giles Motorsport, following in the footsteps of management stablemate Alfonso Celis.

Dapero has been testing with Juncos this year while also competing in Brazilian Formula 3, where he’s scored five podiums from 10 starts.

The 17-year-old hails from Argentina like team boss Ricardo Juncos.