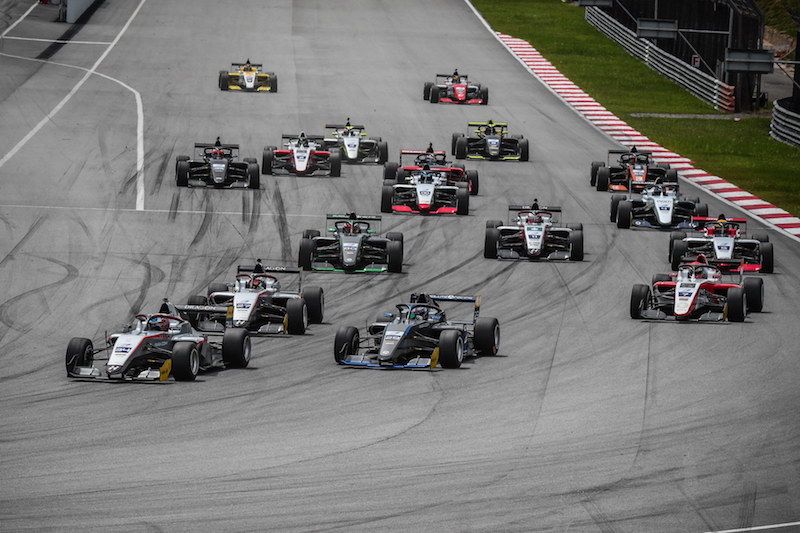 Jake Hughes made it a hat-trick of victories in the first ever Formula 3 Asian Championship round with a third win at Sepang.

Hughes continued the strong race form from races one and two with a clean get away and a good restart after an early safety car.

He was unchallenged throughout the race and finished 3.688s ahead of second-placed driver Akash Nandy.

Nandy brought an end to Hitech domination with his first podium. The Absolute Racing driver started from the front row of the grid and held onto P2 off the line.

After the safety car, brought out when B-Max Racing Team?s Ryuji ?Dragon? Kumita ran into the gravel at the first corner, Nandy was able to pull away from third-placed Raoul Hyman as the Hitech man defended his own position from Tomoki Takahashi.

Nandy finished a comfortable six seconds ahead of the battle for P3, passing team-mate Jaden Conwright in the early championship standings.

Hyman spent the entire race with Takahashi on his tail. The Super Licesnse driver made a number of moves throughout the race, but couldn?t quite make any stick. He finished less than a second behind Hyman to take fourth, his best result of the weekend, claiming the fastest lap in the process.

James Yu watched the battle for the final podium position unfold ahead of him. The Chase Owen Racing driver stayed close enough to Takahashi to take advantage of any mishap ahead of him, but wasn?t given the opportunity to move forward and had to settle for fifth.

Hitech?s third man, Charles Leong was noticeably absent from the sharp end of the field. After picking up second and third in the opening races of the weekend, the Macau-based driver made contact with Conwright on the opening lap. Both dropped down the order and struggled to make any recovery. Leong finished 12th, just ahead of Conwright, putting him third in the championship standings after the opening round.