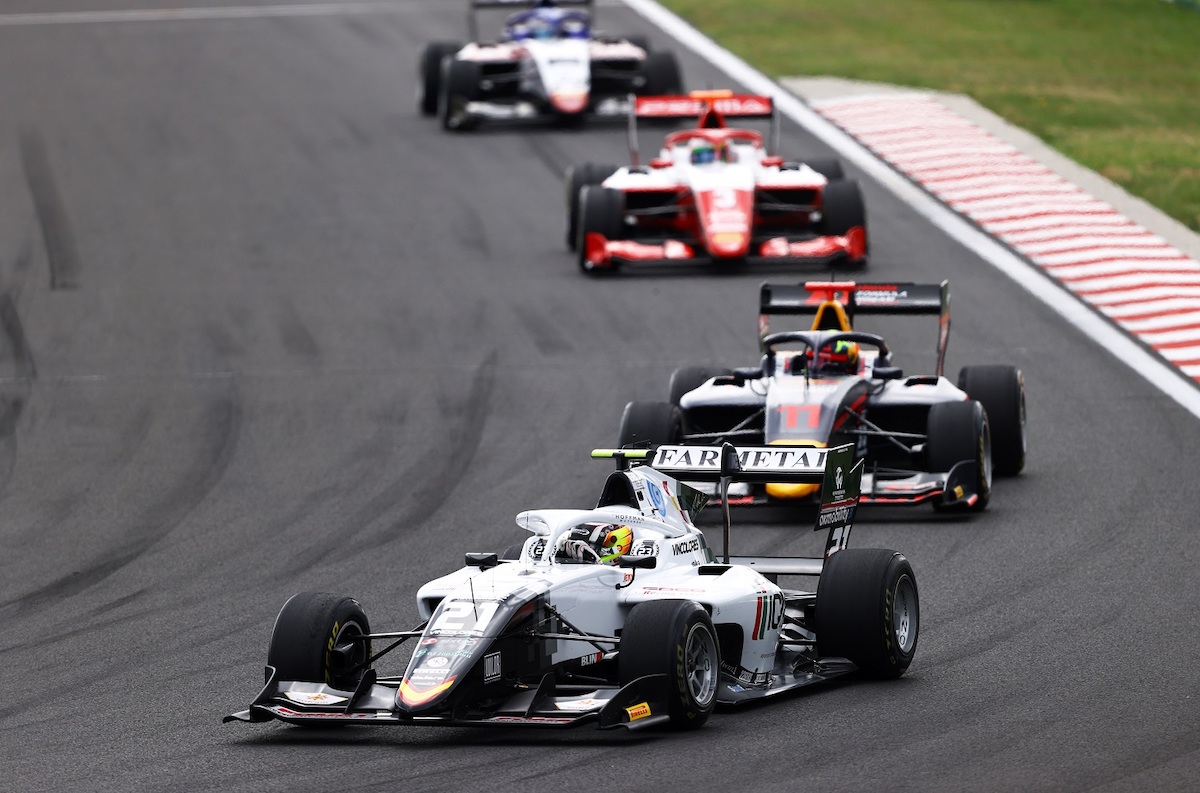 Colombo took victory on the road in the first race of the weekend after passing an ailing Jonny Edgar early on and held off the Red Bull junior to the flag in the 22-lap race.

That included resisting Iwasa on a safety car restart for ART Grand Prix’s Frederik Vesti being stuck in third gear and coming to a halt on a run-off at Turn 1.

However, Colombo was deemed to have been more than 10 car lengths behind the safety car before the lights went out, which is an infringement of the regulations.

Colombo was asked about the matter in the post-race press conference, before the stewards hearing was held.

“I need to see with the stewards, maybe also learning for the future what to do. Maybe I could have done it in a nicer way, yes, of course, and then we will see.”

Colombo dropped to seventh in the order and will thus start the second race of the day from sixth on the grid.

French Formula 4 champion Iwasa inherits his first FIA F3 win, and Hitech’s first victory of the season, ahead of Prema Racing’s Olli Caldwell, while Charouz Racing System finally clinches its first podium with Logan Sargeant after losing one in Austria.

Also penalised is Iwasa’s Hitech team-mate, Jak Crawford, after a race-ending collision with Carlin’s Ido Cohen, for which he was deemed to be wholly at fault.

He picked up a five-place grid penalty for the second race and will start at the back. He also picked up three penalty points.

Colombo picked up two penalty points for his infringement.