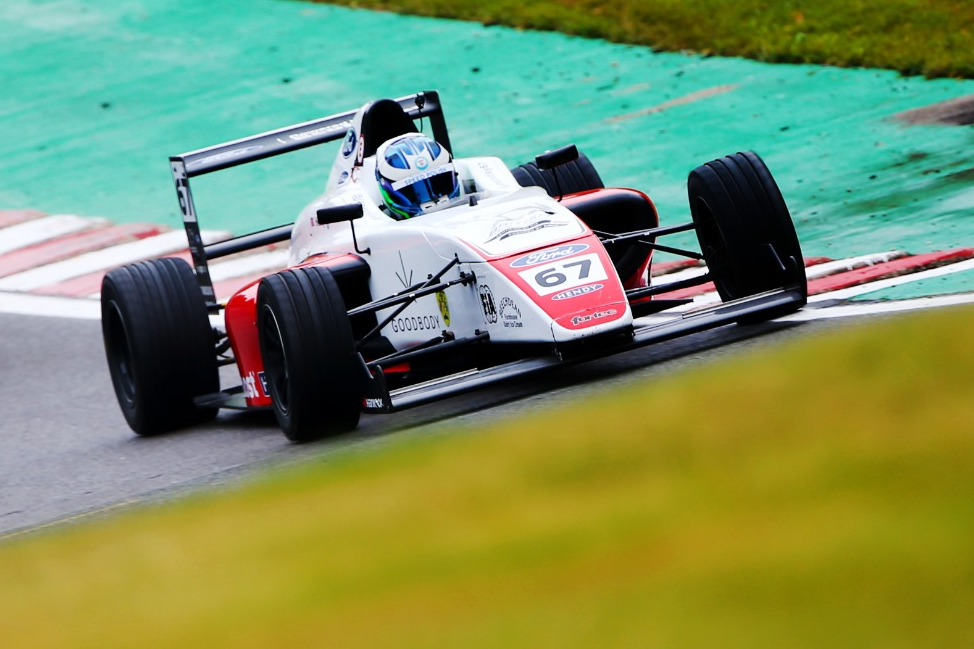 James Hedley extended his British Formula 4 points lead with victory in the opening race of the weekend at Oulton Park.

After a strong getaway from pole, Hedley was reeled in by JHR Developments’ Matthew Rees, who pushed Hedley hard as they spent the second half of the race running nose-to-tail.

Hedley was unable to shake Rees, but put up a strong defence to deny the rookie any opportunity to gain a position. The duo finished just 0.240s apart in first and second, with Rees’ team-mate Joseph Loake in third.

Roman Bilinski was one of the biggest movers on the opening lap. A mechanical problem for Argenti’s free practice pacesetter Matias Zagazeta meant he struggled to get away from the grid and Bilinski jumped up from sixth to fourth. He couldn’t make any further progress, however, as he had to turn to defending the position against Hedley’s Fortec team-mate Oliver Gray.

Gray was never quite close enough to get alongside Bilinski, and had to settle for fifth. Carlin’s Dougie Bolger took sixth ahead of Aiden Neate and Marcos Flack.

It was a frustrating race for Richardson Racing’s sole entry Georgie Dimitrov and JHR’s Abbi Pulling.

Dimitrov started the race challenging Flack for 10th place, only to come under attack himself from Kai Askey who found a way through. A wide moment from Dimitrov also allowed Pulling to sweep through and take 11th.

Pulling passed Askey to climb up into the points and was challenging Flack when she sustained damage to her front wing. She was forced to pit and retire from the race.

Meanwhile, Eduardo Coseteng was falling backwards after a strong qualifying put him fourth on the grid. After losing out to Bilinski early on, Coseteng struggled to defend and slipped down the order. He eventually took ninth, having been passed by Flack in the final laps. Askey completed the top 10.