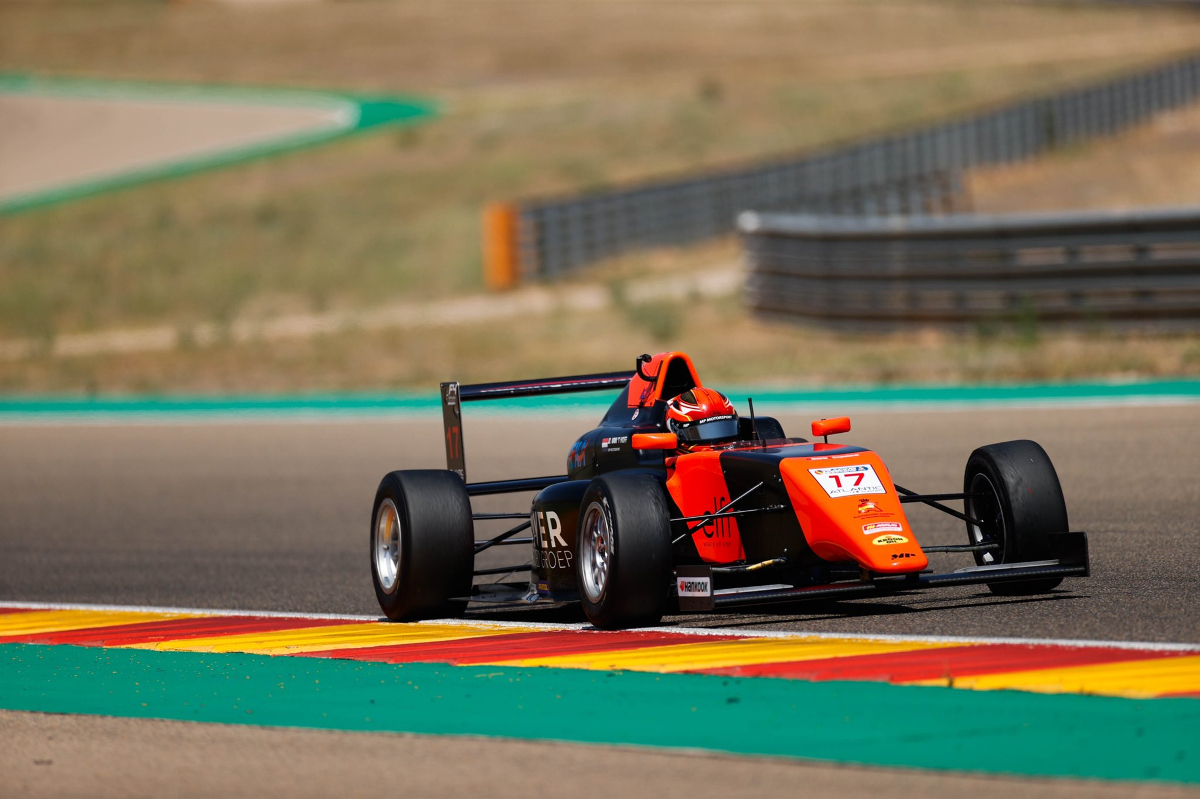 The Dutch driver set a time of 1m51.194s with five minutes to go, which was good enough to stay ahead of everyone for the rest of the session.

Behind Van’t Hoff, positions kept changing until the last minutes of the session.

Second place went to Global Racing Systems’ only driver Vladislav Ryabov, who went 0.026 seconds off pole in his last effort.

Pepe Marti was the best Campos Racing car in the session in third. His team mate Sebastian Ogaard, who is currently second in the standings, could only set the ninth fastest time.

Quique Bordas from Formula de Campeones completed the second row. He was 0.238s off pole and 0.097s off third place.

Despite topping free practice, Drivex School’s Max Arkhangelskiy could only manage to set a time good enough for sixth.

Noah Degnbol, who had been on top of the times during the earlier stages of the session, came into the pits with two minutes to go, leaving him down in seventh place for race one.

Pole position for race two went for Marti. The Spaniard set the second-fastest time out of everyone in Q1 with a time only 0.007s off his best effort.

Ryabov had also a good second-best effort, which placed him in the front row for tomorrow’s short race.

Third in second-fastest attempts was Bordas, whose time was also very similar to the one that set his race one starting spot.

Van’t Hoff was the only driver among the front-runners who couldn’t set a second-fastest lap close to the first one. His time, half a second slower than his best, left him down to eighth.