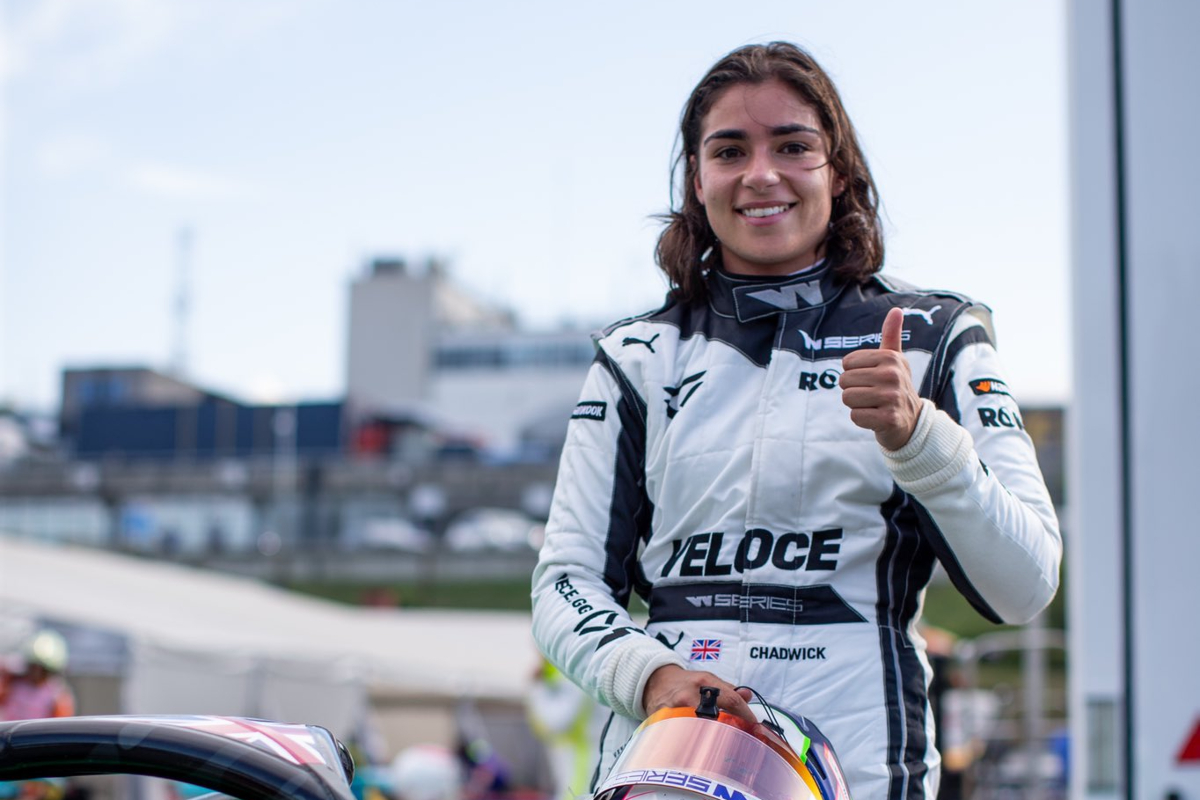 Jamie Chadwick has reclaimed the W Series lead with a dominant drive at the Hungaroring, as Nerea Marti took her maiden podium.

Chadwick comfortably held the lead from pole into the first corner of the race, and had already pulled out a gap by the next corner, as Marti and Irina Sidorkova went side-by-side behind Chadwick’s fellow front row starter Alice Powell.

Pre-race points leader Powell ended up saying comfortably in second place, but finished over 10 seconds behind Chadwick by the end of the 19-lap race.

Sidorkova had an electric start, passing Beitske Visser for fourth but as she battled with Marti on the opening lap it gave a chance to Visser to attempt to reclaim her position on the inside.

She was unable to complete the move, but kept the pressure on as Sidorkova started to fall away from Marti who raced away to a personal-best third place finish. Sidorkova came fourth, less than a second ahead of Visser.

In the midfield Belen Garcia was quick to put Emma Kimilainen under pressure on lap one but she was unable to match the pace of the Finn as started to put pressure on Marta Garcia.

Kimilainen was able to make the move on Garcia through turn 12 in the second half of the race, and was pushed wide by Garcia but after locking up she finished the pass on the inside of the Spaniard to take sixth place.

Bruna Tomaselli gained pace in the second half of the race and put Belen Garcia eighth place under threat, but was unable to pass, and Jessica Hawkins scored the final point in 10th.

In the last five minutes the battle for 12th came alive as Miki Koyama closed up on Abbie Eaton. But as she got too close she locked up and went into the back of Eaton. Koyama finished the battle ahead, but the move is under investigation post-race.

Fabienne Wohlwend was in the pits to replace her front wing after ripping it off by launching over a kerb on lap one. She returned to track a lap down, and eventually opted to retire.