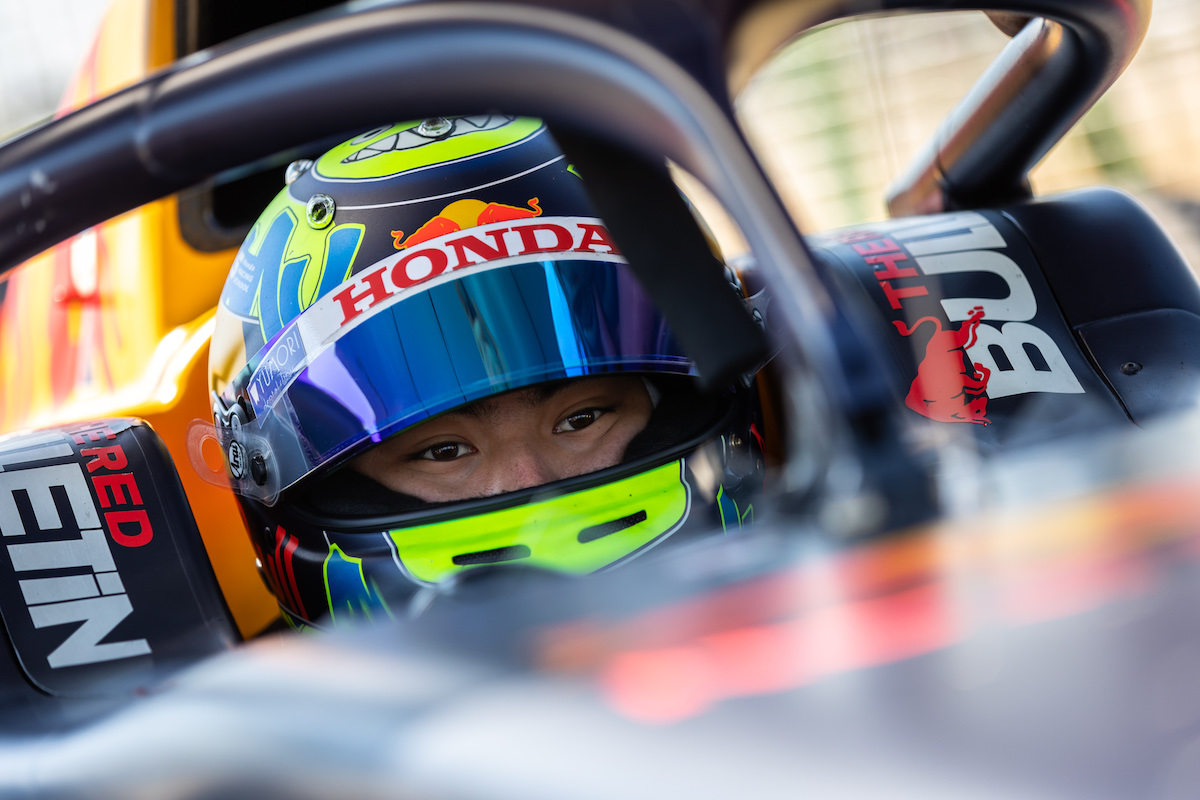 Ayumu Iwasa set the pace and then spun out of a disrupted Formula 2 practice session at Spa-Francorchamps.

Ralph Boschung and Amaury Cordeel both set quicker laps but appeared to do so under a red flag after Iwasa’s off, although their times still stood when the session was later ended prematurely.

It was a slow start to the session as teams concentrated mainly on installation laps in moist conditions, but DAMS driver Iwasa was top of the times with a 2m01.546s lap with 18 minutes to go when he spun off after getting a snap of oversteer in the second part of Stavelot.

He kept it out of the barriers but was beached in one of several enlarged gravel traps around the modified circuit and the session had to be stopped so his car could be retrieved.

Cordeel and then Boschung both completed faster laps – separated by 0.006 seconds – but red flags and lights were clearly visible as they crossed the finish line and their times are unlikely to stand.

At this point the rain intensified and after the session resumed with 10 minutes left on the clock, any attempts to improve were thwarted after both Enzo Fittipaldi and David Beckmann ran deep at La Source in separate incidents.

With the run-off on the exit of the corner now a gravel trap, the pair had to stop and manoeuvre their cars to rejoin the track, and the session was red-flagged again before Beckmann had the chance to get back on the circuit. Five minutes remained but the decision was taken not to restart the session.

Behind Iwasa in the times came Hitech’s Marcus Armstrong and Lirim Zendeli, who is making his first appearance of the season in place of the banned Olli Caldwell at Campos Racing.

The other championship returnee Tatiana Calderon was 12th for Charouz Racing System.