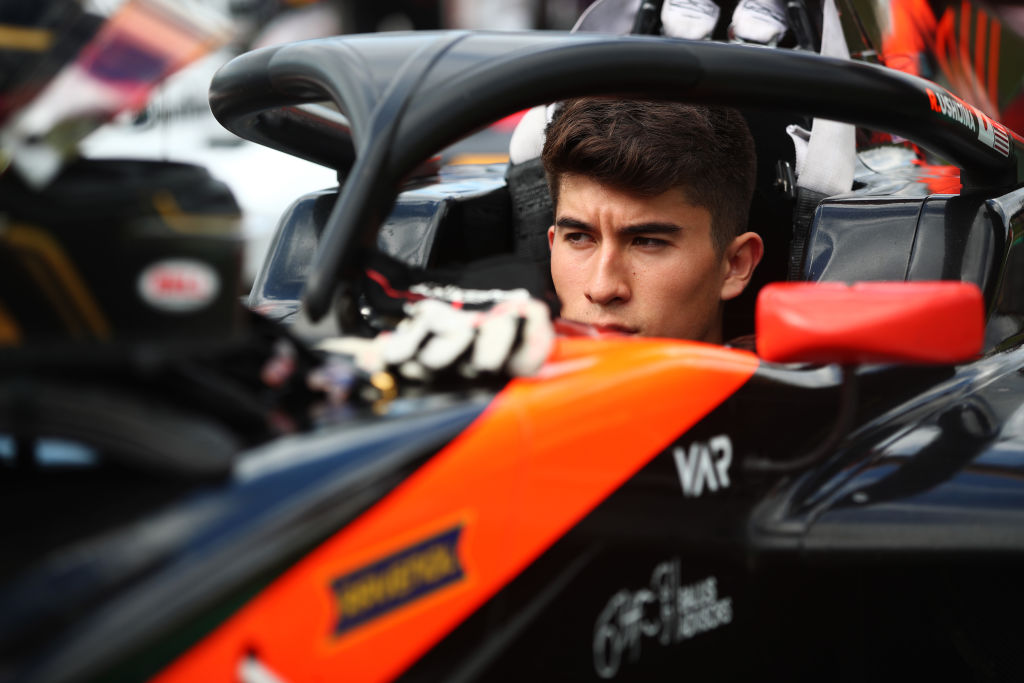 Reece Ushijima set the pace in Formula 3 practice at Spa-Francorchamps, going more than a second quicker than anybody else.

The Van Amersfoort driver was consistently at the sharp end of the field throughout the 45 minute practice, but it wasn’t until the final four minutes of the session that he hit the top of the times.

Ollie Bearman had come into the final five minutes of practice top of the order, having topped the times before the mid-session lull. Isack Hadjar was the first to depose him, setting a time of 2m06.634s. Oliver Goethe then went almost half a second quicker, but Ushijima put in his fastest lap of the session.

His 1m05.177s lap around the modified Spa Francorchamps circuit put him 1.011s ahead of Goethe, who wouldn’t be able to improve on his fastest lap in the closing stages of the session and settled for second.

Late improvements from Goethe’s Campos Racing team-mates David Vidales and Pepe Marti put them third and fourth ahead of Carlin’s Zak O’Sullivan, who topped the order multiple times during practice.

The only disruption to the session came shortly after the second half of practice began. After a trip to the pits for most of the field, the cars were just returning to track when Roman Stanek came to a stop on the Kemmel Straight. Stanek did manage to get going again and returned to the pits, before a five minute run at the end of the session.

He briefly jumped up to fourth, before improvements elsewhere bumped the Trident driver down to sixth.

Despite topping the order early on, Victor Martins couldn’t keep up with the rate of improvement elsewhere on track and finished more than two seconds off the pace in P20.