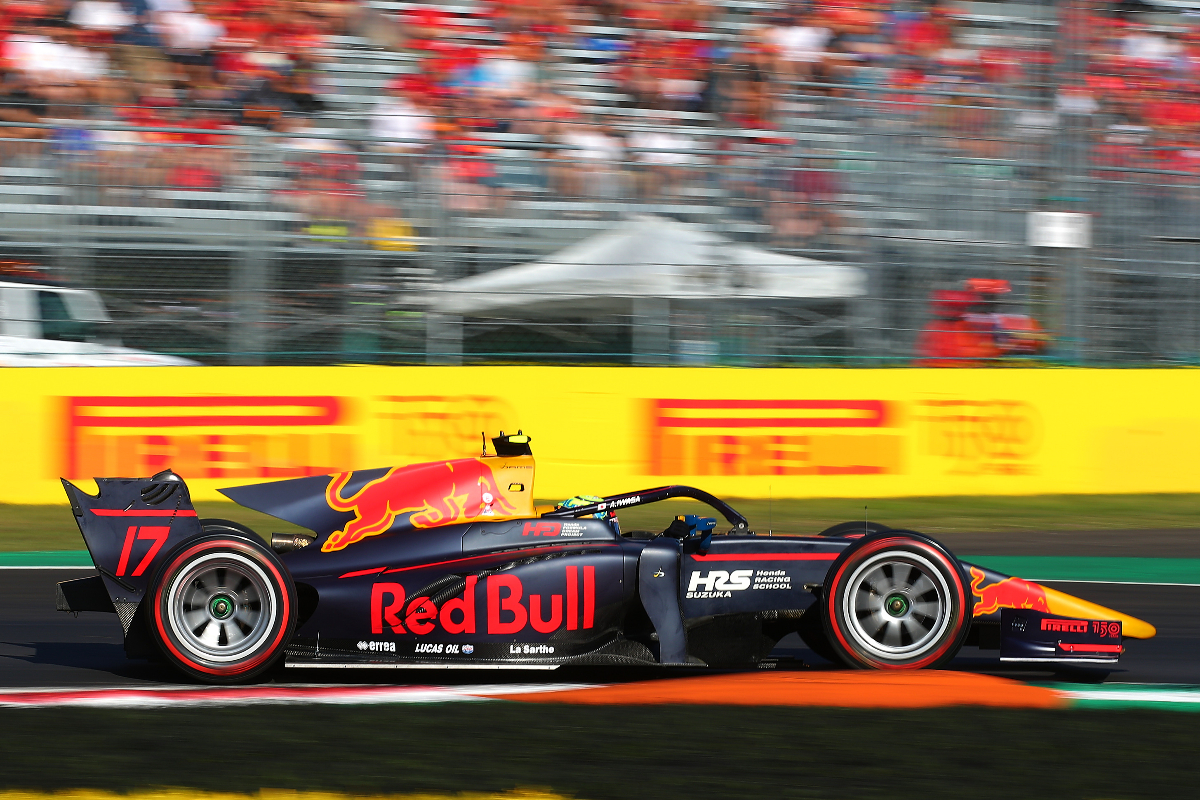 DAMS’ Ayumu Iwasa has been disqualified from third place in the Formula 2 feature race at Monza.

Iwasa had held off Enzo Fittipaldi for the sixth podium finish of his rookie season to boost his chances of coming second in the championship as three of the other drivers fighting for the runner-up spot had retired from the race.

However, Iwasa’s car failed to pass post-race scrutineering as the plank beneath was found to be below the required thickness of 5mm. The resulting disqualification knocks him out of the battle to be the 2022 F2 runner-up.

The disqualification promotes Fittipaldi to third, the Charouz Racing System driver’s sixth podium, and also puts him back into the fight for second in the standings ahead of the final round of the season.

Moving into the points positions as a result of Iwasa’s disqualification is Juri Vips, who is now classified 10th despite being erroneously penalised during the race.

Vips had been deemed to have been at fault for an incident with Liam Lawson which dropped Lawson to the back of the field. The Hitech GP driver was handed a 10-second stop-go penalty, which he served, and finished 11th on-the-road.

However, stewards had meant to hand Vips a 10s time penalty and only informed Hitech of this after the race. In an FIA document, the stewards stated:

“Due to an administrative error, a 10 second stop and go penalty was shown on the riming screen from Race Control. The Team correctly served the erroneous penalty as posted before it could be corrected. There is no mechanism to fix this error and an apology has been offered to the driver and team.”

Campos Racing’s Ralph Boschung was given a three-place grid penalty post-race after being “held wholly responsible” for an opening lap incident at turn two in which he went off track and was deemed to have rejoined in an unsafe say, leading to contact with Theo Pourchaire and also ending Olli Caldwell and Luca Ghiotto’s races.

In the supporting FIA Formula 3 Championship’s feature race there was also an erroneous penalty, as MP Motorsport’s Kush Maini was handed a 5s penalty and one penalty point for exceeding track limits four times, even though he had only run wide three times.

His penalty was overturned, while Trident’s Jonny Edgar, Jenzer Motorsport’s William Alatalo and Van Amersfoort Racing’s Franco Colapinto all got the same penalty for the same offence (issued soon after the race but with supporting documentation not arriving until later).

MP Motorsport’s Caio Collet got three penalty points and 15s added to his race time for exceeding track limits five times, and Campos’s Hunter Yeany got a 5s penalty and a penalty point for forcing Maini off at turn two.

Prema also made a protest against a tyre change conducted by Trident during a red flag period, but stewards deemed it was within the regulations.